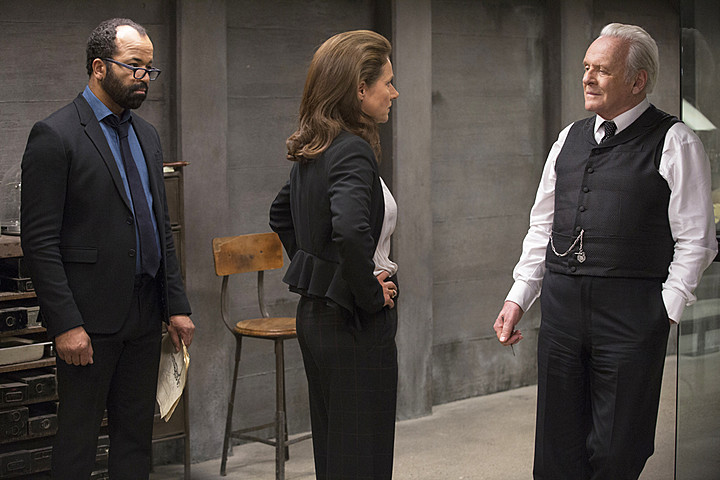 Episode seven of Westworld ended with a massive twist. The plot throughout the episode gave viewers an inside look at the build of the hosts. They’re not functioning the way the Delos Board believes they are intended to. However, as we’ve learned, Dr. Ford has different plans. One of his plans includes a certain main character we won’t spoil here. The shocking reveal has now left fans with even more questions. What exactly are the inner-workings of the hosts? In an earlier episode, the Man in Black told Teddy he found the robots less fascinating — they were becoming more human-like. Thankfully, producer Jonathan Nolan has teased the show will explore this in full come Season 2.

In an interview with Entertainment Weekly, Nolan stated the following when asked about how the hosts are powered:

“Their construction and their power source is something we’re really going to get into during Season 2. So we’d like to keep that mysterious. They’re closer to biological than they are to mechanical, but they don’t suffer brain death the same way we do. They’re largely indistinguishable from a human beings, but their brains don’t require oxygen — which opens up interesting possibilities. Their brains are not as fragile as ours. On one hand, their cognition is controllable and malleable, but on a structural level they can’t be killed in the same way you and I can. There are advantages and disadvantages to being a host. Season 2 we’ll be exploring more the nuts and bolts of what they are— as the hosts themselves are trying to understand.”

With the latest reveal concerning problematic issues with the hosts, they seem to be becoming more sentient. Was this Arnold’s plan? How do these larger revelations relate to the storied Maze the Man in Black is on the hunt for? Perhaps some of these curiosities will be unveiled by the end of this season.