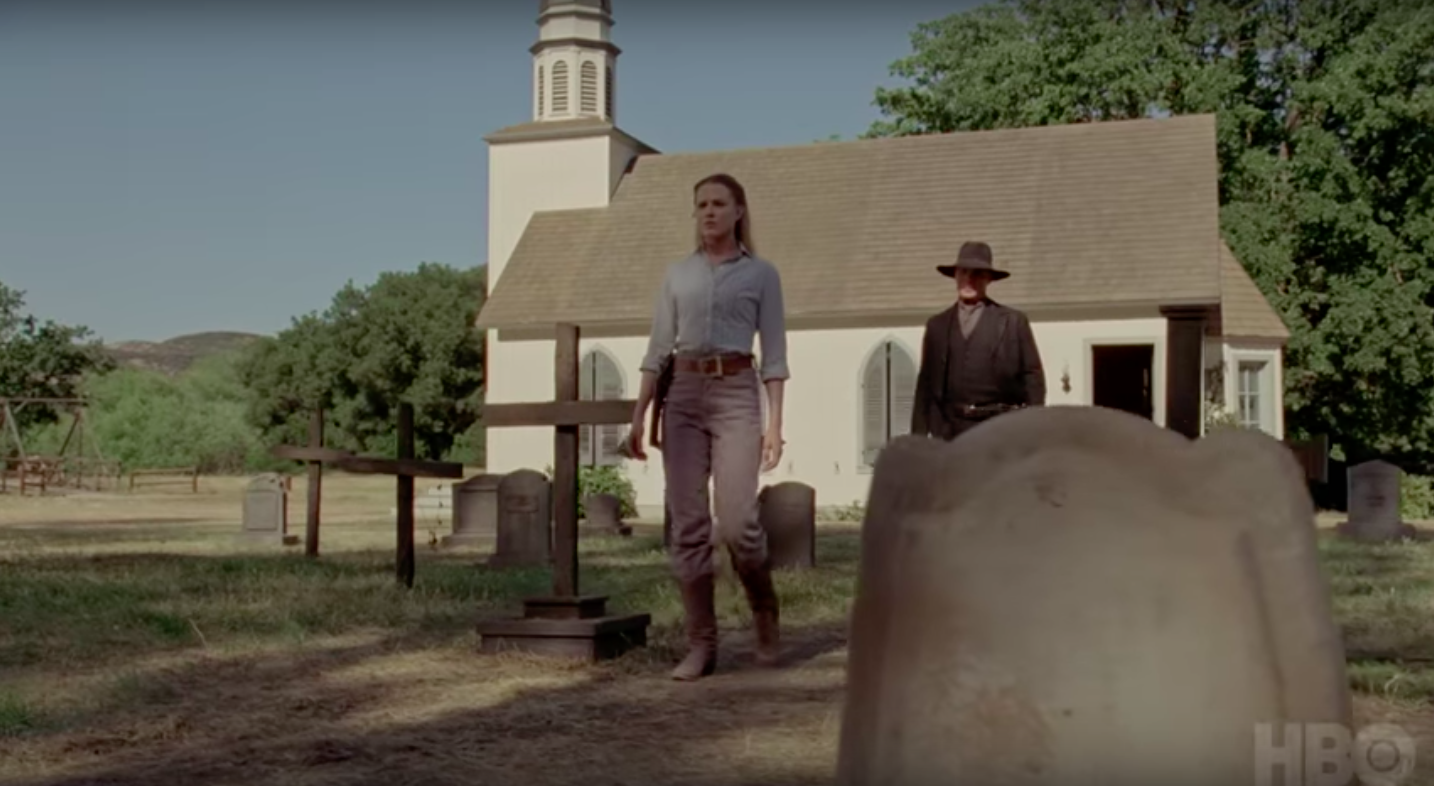 Westworld made a point from the first episode to showcase the miserable existence of the hosts that populate the theme park. Visitors can freely indulge in their darkest delights because, after all, even if the hosts look, feel and bleed very much like a human would, they are just robots after all. The end of the episode gave us a hint that the proverbial shit was going to hit the fan before this was all over. Of course, all you needed to have read was any Michael Crichton book (or any sci-fi novel about A.I.) and you’d know that. HBO, suitably so, hasn’t held back in their finale trailer, teasing that not only has the worst truly come, but we might finally see some divergent story threads weave together into a disturbing fabric that could only be (possibly) orchestrated by Anthony Hopkins’ character, Dr. Robert Ford.

We knew Dr. Ford was working on a mysterious storyline of massive proportions. We knew Ford had secrets he kept in the park, and episode 8 revealed those secrets run far deeper than just the park itself. Exactly what Ford’s ultimate storyline entails has yet to be seen, but the finale trailer definitely suggests Ford’s story cuts deep into every aspect of the show so far.

“Since I was a child, I always loved a good story,” Ford says over footage of the often bewildered and beleaguered hero, Teddy Flood (James Marsden), riding the train into town as if he were back on course once again for his usual programmed routine. “Stories help us become the people we dreamed of being; lies that hold a deeper truth,” Ford continues, echoing the revelations of both the Man in Black (Ed Harris) and William (Jimmi Simpson). Both have realized the park isn’t just about entertainment. The park not only allows a visitor to become who they want, but it shows them who they truly are. Of course, they are not the only ones.

In a way, Westworld is ultimately a test of who we are all as humans. Even Dolores (Evan Rachel Wood), the park’s oldest host, has discovered there is more to her than she thought. Not only has Dolores changed course from her damsel in distress storyline by, according to her, imaging herself in a new story, but the trailer shows a direct confrontation between Dolores and her sometimes tormentor the Man in Black. This time, though, Dolores isn’t the one who looks frightened.

However, can anyone really ever overcome her or his programming (human or otherwise)? We also see another scene of Dolores holding a gun to her head, suggesting she might not be able to overcome her ultimate fate. Maeve (Thandie Newton), too, appears to be moving along with her plans to escape. However, ultimately, it remains to be seen whether Ford’s storyline will dictate the end of the tale, and whether free will is simply a fantasy just like everything else at the park.

The trailer covers more than mentioned here, so be sure to check it out. However, one thing is for certain, “These violent delights will have violent ends.” Duly noted, Westworld.

The season finale of Westworld airs Sunday, Dec. 4, on HBO.