Good news to all newcomers to Sweetwater: HBO’s Westworld is on its way to DVD and Blu-Ray. And even better for those who want a higher definition view of the old west sci-fi action, it will also be the first TV series released on 4K Ultra HD. With a release date of November 7, 2017, it should find itself on a few holiday wish lists. Warner Brothers Home Entertainment executive, Rosemary Markson said the following in a statement about Westworld’s impending release.

“We are thrilled to release the first season of HBO’s critically-acclaimed and most watched new series Westworld in 4K Ultra HD with HDR, Blu-ray and DVD. Fans will devour this beautifully crafted series – a perfect candidate to receive the fully immersive 4K HDR experience along with limited edition collectable packaging and all-new special features.”

The season’s subtitle is The Maze, which refers to the theoretical path to a “deeper level” of the game sought by Evan Rachel Wood’s Dolores and Ed Harris’ Man in Black. Not to mention the maze the first season’s twists led viewers through. Check out the trailer for the Blu-ray release:

The first season retails for $49.99 on DVD, $54.97 on Blu-Ray, and $64.99 on 4K Ultra HD Blu-Ray. Of course, the real test is the lengthy wait for the second season. But since that’s not expected until 2018, hopefully behind the scenes featurettes and a gag reel can keep us in cowboy robot entertainment until then. Now check out the box art and a full list of bonus features below: 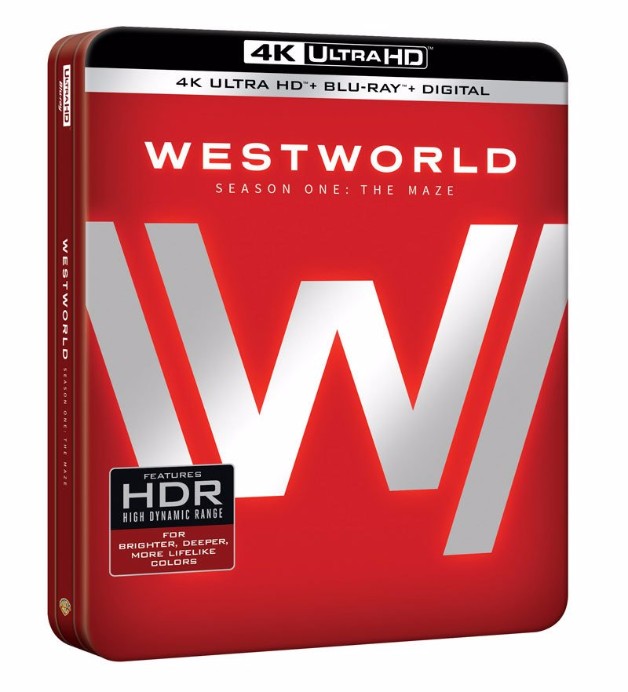