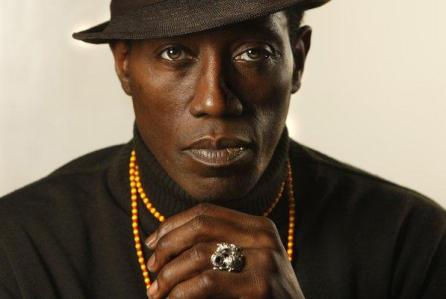 The Blade Trilogy culminated more than a decade ago. After 14 years, fans are still hoping that the series would produce one more movie. Blade, Blade II, and Blade: Trinity are considered the first successful Marvel Comics movie franchise. It has garnered average to positive reviews from most critics and earned almost triple its budget in the box office. Needless to say, there plenty of reasons to resurrect the franchise and release another movie. It seems like even the titular character would not mind reprising his iconic role.

In an interview with The Hollywood Reporter, seasoned actor Wesley Snipes, famous for his role as Blade, explained that he is still very much open to the idea of playing the role that shot him into the spotlight. At 55, he understands that there might be some limitations to what he can and can’t do for the role. But the Marvel Cinematic Universe is vast. The actor thinks there is a place for him in it:

“I am very much open to all of the possibilities. If Blade 4 comes along, that is a conversation we can have. And there are other characters in the Marvel universe that, if they want to invite me to play around with, I am with that too. I think the fans have a hunger for me to revisit the Blade character, so that could limit where they could place me as another character in that universe.”

In the same interview, Snipes opened up about Marvel’s Black Panther. He told The Hollywood Reporter how he initially wanted for the comic book franchise to be a feature film. Since the 90s, he has been trying to get studios on board with Black Panther the movie. Unfortunately, it was just not the time for the character to be brought to the big screen. The technology in the 90s wasn’t cut out for what the story would require:

“Ultimately, we couldn’t find the right combination of script and director and, also at the time, we were so far ahead of the game in the thinking, the technology wasn’t there to do what they had already created in the comic book.”

Nevertheless, the actor is excited about Black Panther. He is sure that this movie would bring about change in society:

“Even though I am not a part of this particular project, I support it 1,000 percent, and I am absolutely convinced that it will be a catalyst for change and open other doors and other opportunities. And we need that kind of diversity and different flavor now. He is a young, talented actor, and I think he is going to make it his own. I hope they give him a great opportunity to really come into the fullness of the character.”

Marvel’s Black Panther, starring Chadwick Boseman and directed by Ryan Coogler, hit the theaters just this week. So far, the movie has been receiving fantastic reviews from critics and casual moviegoers alike.