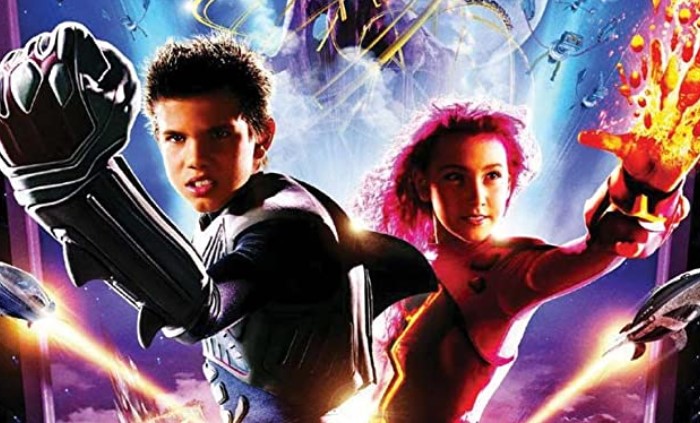 Robert Rodriguez is coming back to the family-friendly action genre with We Can Be Heroes, and Netflix has just revealed the return of Sharkboy and Lavagirl. Though the movie has brought back original actress Taylor Dooley, they have replaced Sharkboy Taylor Lautner with another actor. Now fans of Lautner are griping on Twitter about why he wasn’t brought back.

Twitter has been flooded with tweets asking where Taylor Lautner is, and the once-star had become trending:

went on taylor lautner’s IG and it’s giving unemployed. why couldn’t he show up for the shark boy and lava girl sequel pic.twitter.com/nWSDCq9iXv

Now what was taylor Lautner doing that was so important he couldn’t help us relive our childhoods for a second https://t.co/F9460lYswI

Just found out Taylor Lautner isn't in Sharkboy and Lavagirl 2 so he isnt gonna sing dream dream dream again. This is beyond me.

everyone: why isn't he sharkboy i know damn well he's not busy pic.twitter.com/g07QBzHXZI

Everybody talking about Taylor Lautner not being on the Lavagirl and Sharkboy Netflix thingy, but can we talk about Cayden Boyd instead? Like where is HIM? pic.twitter.com/HXgZXEiNrm

We don’t really know why the movie didn’t bring Lautner back, but it’s possible that he refused, seeing as he hasn’t been doing a lot of acting work lately.

By any case, it looks like the movie is aware that people would be looking for Lautner, that’s why they decided to give Sharkboy a mask so it wouldn’t be too obvious that it wasn’t him. With so much CG in the film, how late would it be to add Lautner to it last-minute? I mean, it’s possible he could change his mind if he found out that people were looking for him.

With so much parodies on superheroes coming out like The Boys, it would be interesting to see how Robert Rodriguez would like to tackle it in his own, campy way. Besides Dooley, We Can Be Heroes also stars the likes of Pedro Pascal, Priyanka Chopra, Boyd Holbrook, and Christian Slater.

When alien invaders kidnap Earth’s superheroes, their children must team up and learn to work together if they want to save their parents and the world.