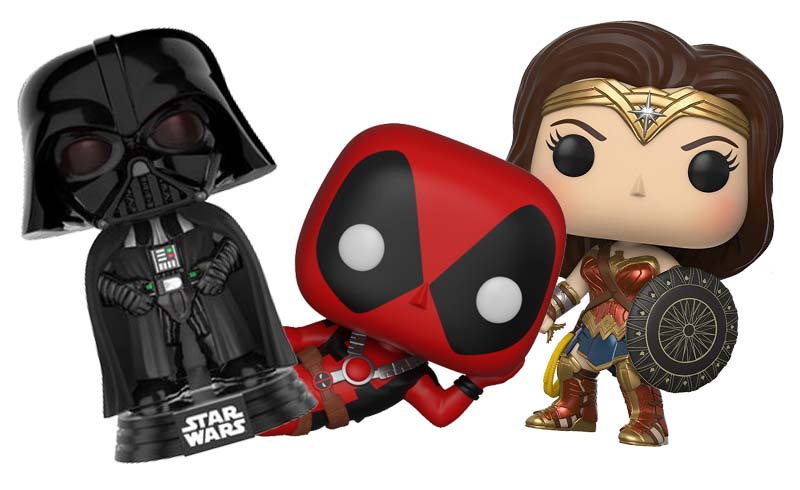 The LEGO Movie films were a huge hit for Warner Bros, and now they’re working on a new film based on another popular toy line.

According to insider Daniel Ricthman, WB is working on a film centered on Funko’s POP! figures. He shares this small teaser:

Richtman also confirms that the upcoming WB movie will be making use of Funko’s licenses for several pop culture characters. The movie is said to have appearances from Deadpool, Harley Quinn, Wonder Woman, Hellboy, Darth Vader, and Hello Kitty—and that’s only the tip of the ice berg.

We don’t really know if this movie is going to be animated or live-action yet, but with Funko usually relying on established characters rather than creating new ones, it’s possible that the story could focus on a whole new character. My guess is it’s going to be some kind of human who collects the POP! figures, and they find themselves in some magical adventure with the POP! figures of familiar characters.

Then again, it could be something entirely new. The possibilities are endless. I guess I’m just looking at it through the lens of The LEGO Movie. The difference between LEGO and Funko POP! though, is that LEGO has a lot of room for original characters, Funko really doesn’t.

Either way, I’m sure a lot of fans are excited. Funko POP! figures have been one of the latest pop culture trends and it was only a matter of time before someone made a movie. Let’s just hope it’s going to be fun for everyone in the audience.

No release date has been set for the Funko film.