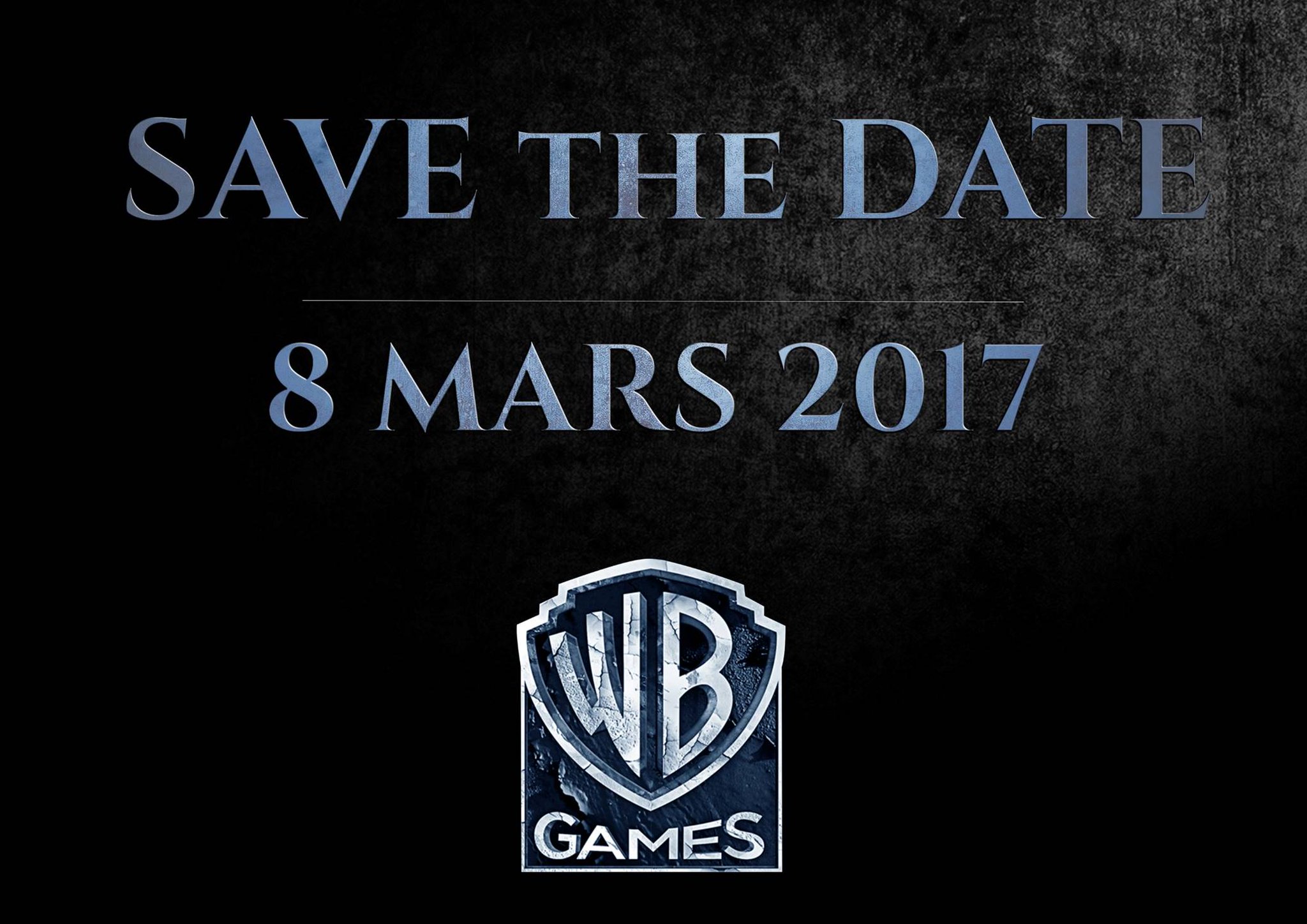 For a while now we’ve heard rumblings of new superhero games being made over at WB Games. Ever since developer Rocksteady wrapped up their beloved Batman: Arkham trilogy in 2015, many have been speculating if WB Games would pick up the mantle and continue to make Batman games in the same vein. Kotaku reported last year that sources told them WB Games Montreal had cancelled their long-rumoured Suicide Squad game, instead now focusing on a new Batman title starring Damien Wayne. WB Games Montreal were behind 2013’s Batman: Arkham Origins, a prequel to the Arkham series which teased the formulation of the Suicide Squad.

Well, it appears that Kotaku’s sources were once again right as WB Games are teasing the announcement of what looks to be a new Batman game. IGN France tweeted out an image yesterday (relayed by Batman Arkham Videos) that asks you to save the date of 8th March 2017. WB Games have not tweeted it out on their own social media channels, which is strange. Maybe this was provided to certain publications in advance but IGN France let the cat out of the bag too soon.

The image uses a very similar font to that used for Batman: Arkham Origins, which implies WB Games Montreal are behind this new game. What’s also worth noting is that the WB Games logo itself is in the same style as the one used for previous Arkham games, as pointed out by Batman Arkham Video on Twitter. It is damaged liked cracked marble, unlike the pristine logo used in Middle-Earth: Shadow of Mordor for instance. This image could well be teasing a sequel to Shadow of Mordor, which came out in 2014. Developer Monolith Productions have been quiet since then and a sequel seems likely given how well received Shadow of Mordor was. However, the font and colour scheme used in the teaser image all points toward a new Batman game from WB Montreal.

As to what shape that game will take, it is unknown at this time. However, the way in which Arkham Knight ended certainly leaves room open for Damien Wayne to take on the Batman identity years later.  If the recent shake-up at the studio as reported by Kotaku is to be believed, then it is unlikely we’ll see this new game from WB Montreal for some time. That said, an official announcement from the studio sharing what the game actually is, will finally put these rumours to bed at least. We’ll just have to wait and see come 8th March.