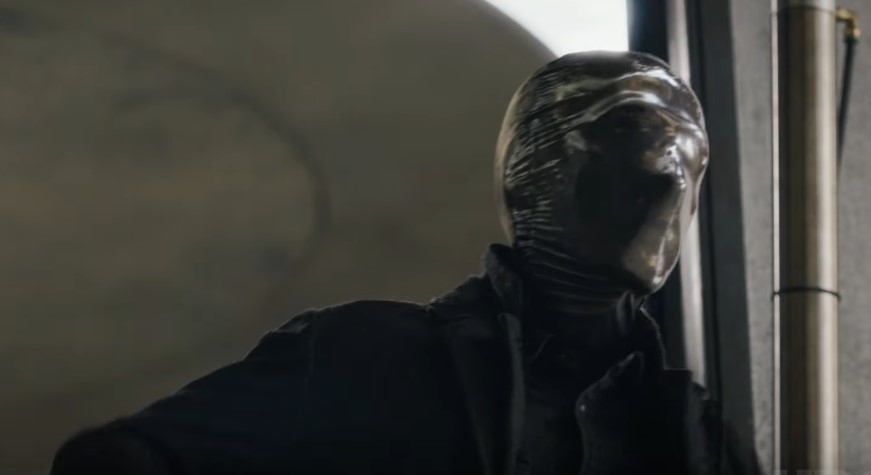 Comic book fans have a lot to look forward to this October. Besides the release of the Joker movie, HBO is also giving us Damon Lindelof’s Watchmen series. The hype is slowly building up for the show, and the network has just released a new featurette giving us more story.

We finally have an official name to call the ‘Rorschach cult’ and that’s The 7th Cavalry. We don’t really know what their modus operandi is, but they’re being called a terrorist group, and they’ve been attacking police and their families, forcing them to don masks as well.

This is also just my guess, but I have a feeling they somehow found out about Rorschach’s journal in the Watchmen comics which details the conspiracy that Ozymandias was the one behind the “alien attack” back in the 80s.

There’s also this neat line from  Ozymandias (Jeremy Irons) in the Watchmen featurette where he says “masks make men cruel.” I don’t know if it’s deliberate, but it’s definitely a nod to Irons’ role as Alfred in Batman v Superman: Dawn of Justice where he also goes on about the cruelty of men. The line specifically is: “Men fall from the sky. The gods hurl thunderbolts. Innocents die. That’s how it starts; the fever, the rage, the feeling of powerlessness that turns good men cruel.”

Coincidentally, BvS was directed by Zack Snyder, who also directed the movie adaptation of Watchmen. The series doesn’t take place in the same timeline though, but I wouldn’t be surprised if there are any more nods to the film.

Catch Watchmen when it hits HBO this coming Oct. 20.