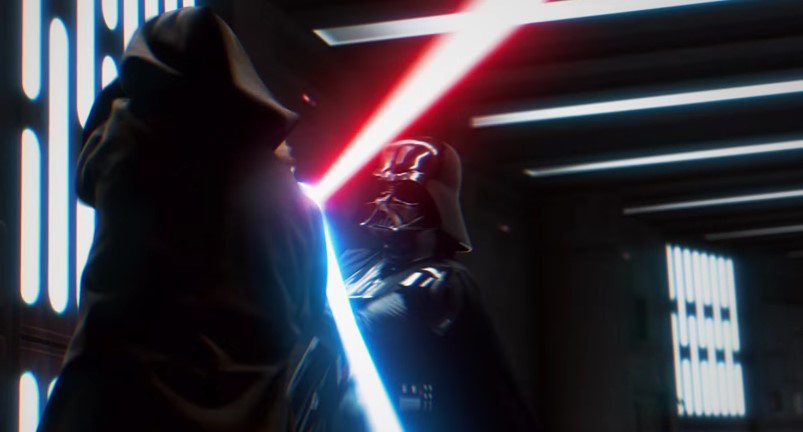 The lightsaber duel between Obi-Wan Kenobi and Darth Vader is one of the most iconic scenes in Star Wars: A New Hope, but compared to today’s standards, the fight is a bit clunky and disorganized—just two men poking each other with light sticks.

Youtube FXitinPost has released a teaser for his project in which he reimagines the Vader/Ben fight scene, and boy does it look insane. Check it out:

Here’s a small teaser trailer for a project I’m VFX supervising – “Scene 38 ReImagined” is about the final confrontation between Ben Kenobi & Darth Vader in “A New Hope” nearly 20 years after the events of “Revenge Of The Sith.” More to come soon!

Though the prequels get a lot of flak from the fanboys, you have to admit that Lucas has given us a new visual treat when it comes to lightsaber battles. You never thought that fighting could look “graceful” without it being a dance.

With the sequel trilogy, however, they want to reintroduce the fans to the more brutal way of fighting from the original movies. Though I think it’s a shame that they didn’t bring one of the best elements of the prequels with them, I still like the less focus on lightsaber fights and more on the starships and guns.

The full reimagining of this scene is set to come out next year.