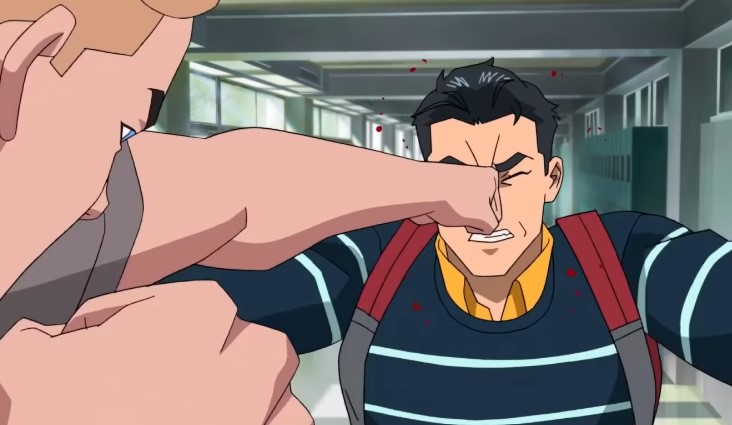 Though the project may have been in development hell for a while, an adaptation of Robert Kirkman’s Invincible is finally going to be release on Amazon Prime Video this month. While we have a handful of teasers for the show, we do have a new clip thanks to IGN Fan Fest 2021.

Watch the clip for Invincible down here:

The clip looks to be taking place early in the series as we get a look at Mark Grayson still not having powers; by the end, we do get to see him fling a trash bag incredibly far, so it’s likely the rest of the series will just have us watching him practice his skills and come to his own.

With the MCU has been mostly wholesome, there has been a steady rise of darker, satirical superhero/comic book properties like The Boys which fans are loving. Though they don’t make as much as bank as Marvel, you have to appreciate the variety that it adds to the genre. At this point, some people even think that Zack Snyder’s Watchmen would have been received better if it came out now, what with the oversaturation of superhero material that we’ve been getting.

INVINCIBLE is an Amazon Original series based on the groundbreaking comic book from Robert Kirkman, the creator of The Walking Dead. The story revolves around 17-year-old Mark Grayson (Steven Yeun), who’s just like every other guy his age — except his father is the most powerful superhero on the planet, Omni-Man (J.K. Simmons).

Catch Invincible on Amazon Prime Video when it premieres on March 26.