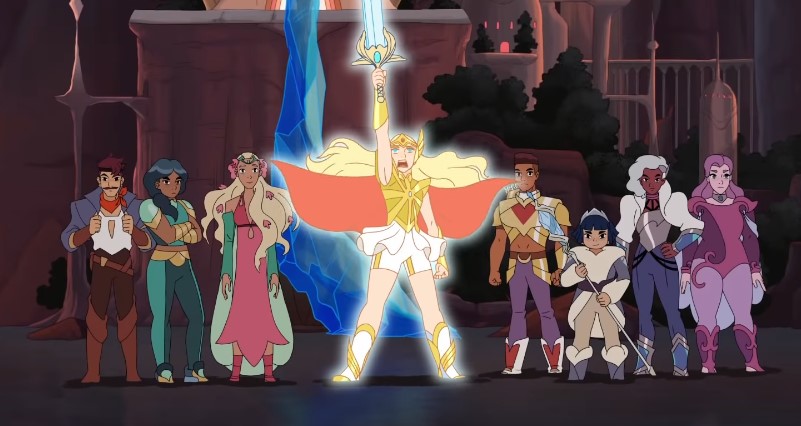 The arrival of the New York Comic-Con promised a huge reveal for the upcoming She-Ra series, and now we have a full trailer for Dreamworks’ She-Ra and the Princesses of Power.

Adora’s destiny turns out to be far greater than she could have ever imagined. As the legendary warrior princess, She-Ra, it’s up to her and a spirited group of rebel princesses to restore balance in Etheria by defending it from the place she once called home.

The original show actually placed She-Ra as the Princess of Power, but it looks like this upcoming series will be focusing more on an ensemble as compared to just She-Ra facing the Horde by herself. If you’re familiar with the lore, you’ll also know that She-Ra is the lost sister of He-Man, and since she still uses the classic “By the Honor of Grayskull” quote, I imagine He-Man is going to make some kind of guest-appearance down the line.

Though She-Ra may have a gotten some flak from fans when the show was first announced, I think that it looks absolutely perfect for its intended audience—children. The characters are colorful, the tones are bright, and it’s even great that they found a way not to hyper-sexualize She-Ra .

I also have to hand it to the humor. It’s silly enough to be funny to kids, but not too dumbed down that adults won’t enjoy it. It’s kind of like the humor of Avatar: The Last Airbender.

She-Ra and the Princesses of Power hit Netflix on Nov. 16.