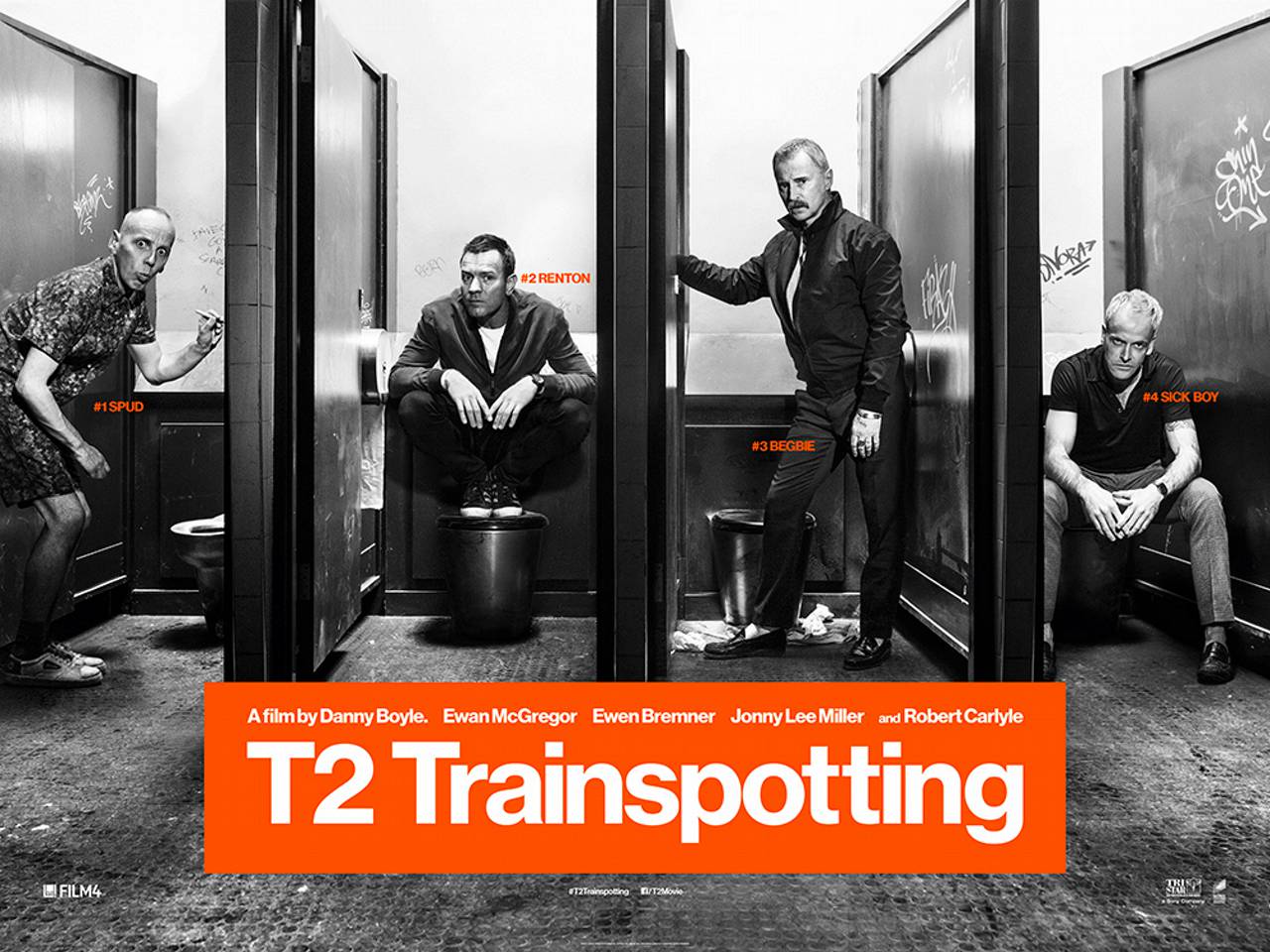 Twenty years exactly since the cult British movie first arrived in cinemas, Trainspotting is finally getting a sequel. And here’s the first full-length trailer for it, along with a brand new poster to match (see above).

The first movie made quite the splash when it landed in 1996, drawing controversy for its unflinching portrayal of substance abuse and addiction. On the other hand, it was widely praised by critics. In particular, for Boyle’s inventive direction (as shown in the various hallucination scenes) and the cast’s performances, most of whom have gone on to successful careers in Hollywood. Nowadays, it is considered one of the greatest British films of all time. The sequel has a lot to live up to, then, but the trailer above at least seems to recapture the spirit of the movie. For instance, fans will recognise the retooled version of Renton’s iconic “Choose life” speech, with references to social media added in to reflect the changing times.

“Mark Renton returns to the only place he can ever call home. They are waiting for him: Spud, Sick Boy, and Begbie. Other old friends are waiting too: sorrow, loss, joy, vengeance, hatred, friendship, love, longing, fear, regret, diamorphine, self-destruction and mortal danger, they are all lined up to welcome him, ready to join the dance.”

Get your fix of T2 Trainspotting when it arrives on January 27th 2017.

Image via Film4 and Tristar Pictures.