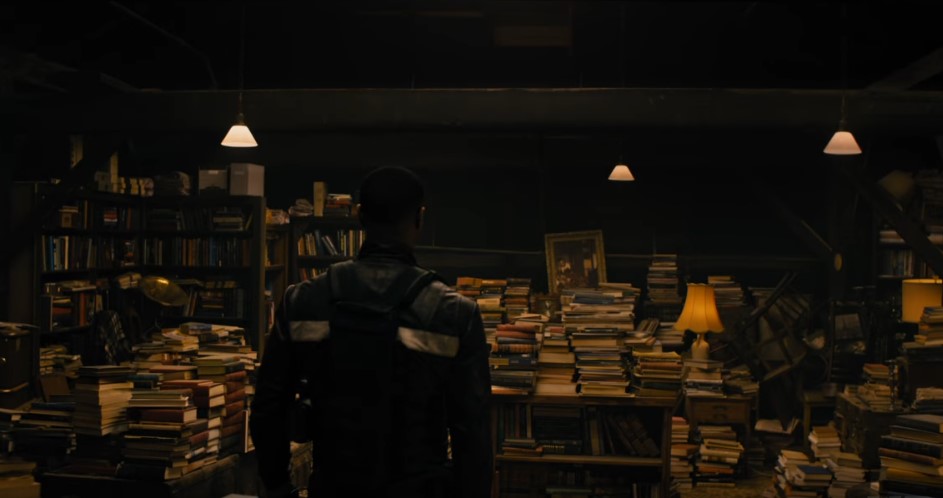 The release of Black Panther has led to a lot of praise for Michael B. Jordan and his portrayal of Erik Killmonger, and what better time for HBO to market their adaptation of Ray Bradbury’s classic Fahrenheit 451 which has Jordan as the lead?

Fahrenheit 451 is based on Ray Bradbury’s classic novel. In a future where the media is an opiate, history is rewritten and “firemen” burn books, Jordan plays Guy Montag, a young fireman who struggles with his role as a law enforcer and with his “mentor”, played by Shannon.

Knowing HBO’s eye for quality, this movie looks amazing. Not only does it have Jordan as the lead, but it also has the fantastic Michael Shannon (The Shape of Water, Man of Steel) playing the villain. Sofia Boutella (Atomic Blonde, Star Trek Beyond) also has a role in the film. I particularly like how they portray the future as well, and how they modernized the look of the book’s “firemen”.

With classics like A Handmaid’s Tale and A Wrinkle in Time getting modernized adaptations, I wonder how HBO’s Fahrenheit 451 will fare. I haven’t seen anything that director Ramin Bahrani has made, but I’m definitely watching out for this movie when it airs.

Catch Fahrenheit 451 on HBO this coming May.