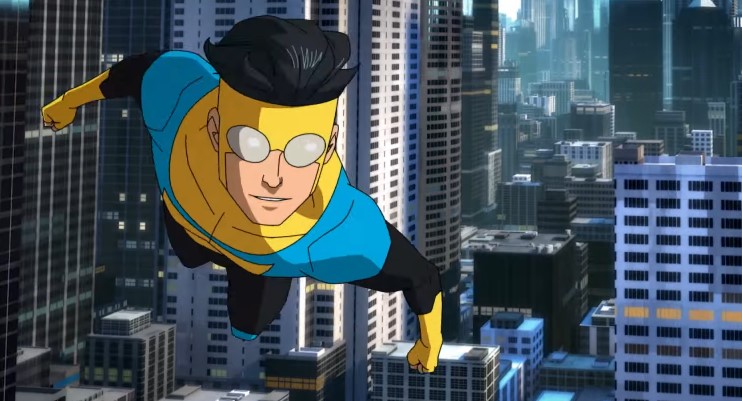 Robert Kirkman’s The Walking Dead is set to end with its eleventh season next year, but his fans don’t have to worry because another Kirkman property is getting the series treatment. We’ve known for a while that Amazon was going to adapt Invincible into a series, and now we have the trailer.

INVINCIBLE is an adult animated superhero series that revolves around 17-year-old Mark Grayson (Steven Yeun), who’s just like every other guy his age — except his father is the most powerful superhero on the planet, Omni-Man (J.K. Simmons). But as Mark develops powers of his own, he discovers his father’s legacy may not be as heroic as it seems.

On the surface, the series actually looks a lot like WB animated shows like Young Justice, but I like how the look is pretty close to the actual comic. They also managed to nab some topnotch voice talent from J.K. Simmons (The Legend of Korra) to Walking Dead alum Steven Yeun.

While there was word going around for a while that Invincible was going to be adapted into live-action, I think animation is a lot closer to the feel of the comic. Besides, with the violent nature of the show, I think this would start looking like another superhero-centric series on Amazon, The Boys. I mean, they’re already working on a spinoff centered on young superheroes, and that’s basically Invincible as well.

No specific release date has been set for Robert Kirkman’s Invincible yet, but the show is expected to premiere sometime in 2021.