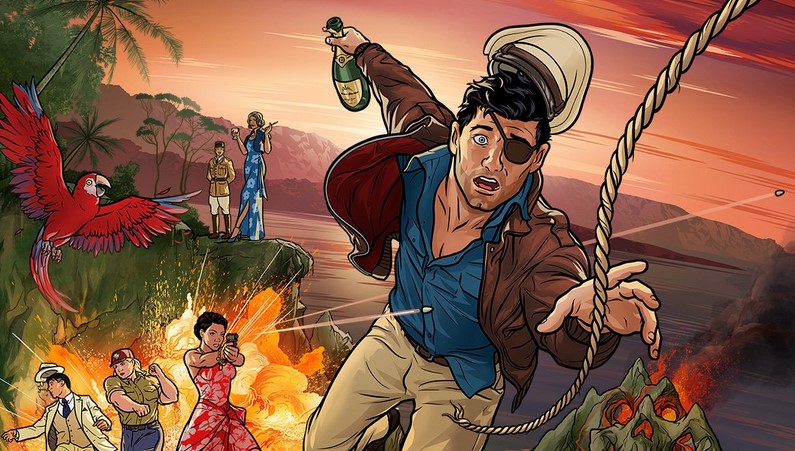 Ever since Archer went into a coma in Archer 7, the showrunner’s have found new stories to tell in the form of dreams that Archer is having in his sleep. With Season 8 embracing noir with Dreamland, Season 9 will be an action-adventure romp a la Indiana Jones. Check out the first trailer for Archer: Danger Island.

This time around, Archer is now a seaplane pilot with Pam as his trusty co-pilot. Malory will be a hotel owner on the island with Cheryl still being a crazy rich heiress. Cyril is now a German spy disguised as a businessman, Lana is an island princess, and Rey is a French Captain. Probably the most drastic change comes with Krieger who is now a parrot named Crackers.

With all this being a dream, all the character arcs are coming back to square one. Without a doubt, however, everyone will still act like themselves, with Archer still being a huge ass, and Lana trying to keep it together for everyone. I honestly don’t know how to feel about the reignited romance between her and Cyril, however.

Though I do love the fun twists in the stories, I’m sure that there are a lot of other fans who want to find out what’s happened with the ‘real world’ of Archer. It’s been two years since we last saw the Figgis Agency, and we have to know what’s in store for Baby AJ. Honestly, I’d just be happy if they all found a way to become spies again. That was where the show really found itself.