Skip to content
Home » WATCH: The CW Has All DC Superheroes in New Sizzle Reel 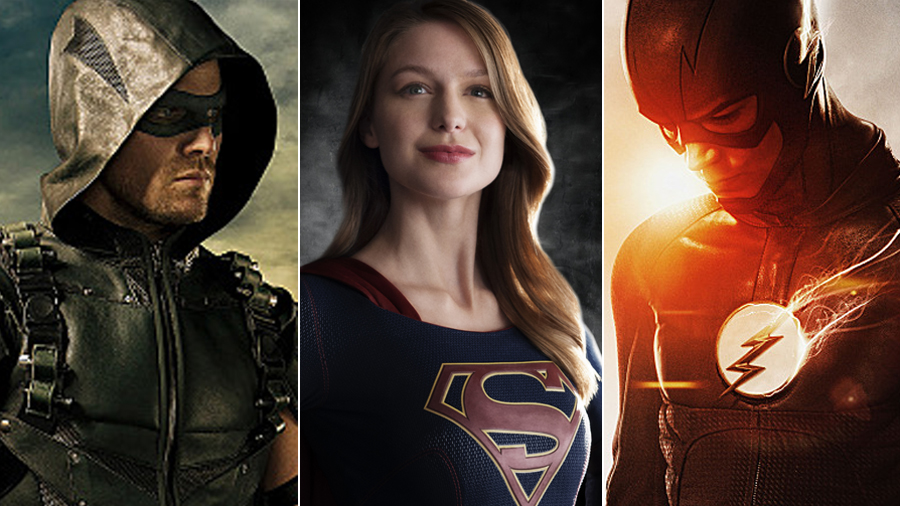 Now that Supergirl has moved over from CBS, The CW is now home to four DC superhero shows, as that series joins Arrow, The Flash and Legends of Tomorrow on the network. It seems they are pretty proud of this fact as The CW has released a new sizzle reel for these series that showcases the many superheroes from DC’s pantheon that they have to offer.

Splicing footage from all four shows’ previous seasons, the trailer shows off the likes of Stephen Amell, Grant Gustin, Melissa Benoist and Brandon Routh in action. It also features Megalyn Echikunwoke as Mari McCabe, the heroine of animated web series Vixen who also crossed over into live-action in Arrow’s fourth season. Vixen will also get a second season, as well as there being talk that she will reappear in the regular Arrowverse again in the future.

It also sets the stage for the upcoming four-way crossover that has been confirmed to happen in the show’s next runs – which will surely be one of the biggest crossover events ever seen on TV. With all these superpowered beings running/flying/time-travelling around, plus the teasing of the Justice Society of America in the Legends finale, the stage is well and truly set for a small screen version of the Justice League.

The network has also released a teaser for the upcoming second season of Supergirl, which proudly proclaims her to be part of The CW family. She always kind of was, of course, what with the crossover with The Flash earlier in the year, but now it is official.

The fifth season of Arrow, The Flash‘s third season and Supergirl and Legends of Tommorow’s second will air this autumn on – you know where – The CW. And yes, we superhero fans are very spoiled right now.