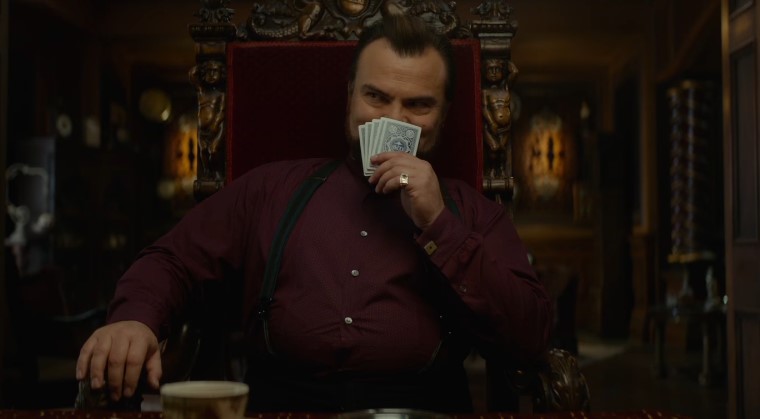 Eli Roth’s filmography is anything but kid-friendly, but the director will be taking a jab at the horror fantasy genre with the adaptation of The House with a Clock in Its Walls.

In the tradition of Amblin classics where fantastical events occur in the most unexpected places, Jack Black and two-time Academy Award® winner Cate Blanchett star in The House with a Clock in Its Walls, from Amblin Entertainment. The magical adventure tells the spine-tingling tale of 10-year-old Lewis (Owen Vaccaro) who goes to live with his uncle in a creaky old house with a mysterious tick-tocking heart. But his new town’s sleepy façade jolts to life with a secret world of warlocks and witches when Lewis accidentally awakens the dead.

The film is an adaptation of the 1973 children’s book of the same name written by John Bellairs, and it’s possible that it could be the beginning of a whole new franchise of horror/adventure films. With children’s horror films usually having the scared toned down for the younger audience, I hope that Roth goes all out with the scares in this film. Jumanji and Jurassic Park were for kids, but I remember them being truly terrifying when I saw them as a kid; and some scenes are still legit scary when I watch them as an adult.

With a release date set for September, I wonder why it took such a while for the movie to start marketing, but I have a feeling that they were trying to avoid being associated with Disney’s recent release, A Wrinkle in Time—which also had something to do with clocks, I guess.

Catch The House with a Clock in Its Walls in theaters Sept. 21.