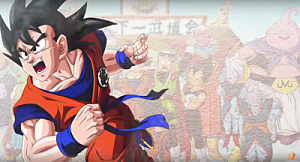 It looks like someone out there understands that there are two things we love. The Avengers: Infinity War trailer and mashups! This time Anime Mirchi has created a mashup of the trailer (which we’re pretty sure should win a People’s Choice Award by now) and some of our favorite anime characters to bring down a threat unlike any other.

So if someone was going to make an anime version of Avengers would you watch it? And if so which characters would you want to star in it?  Let us know in the comments below.