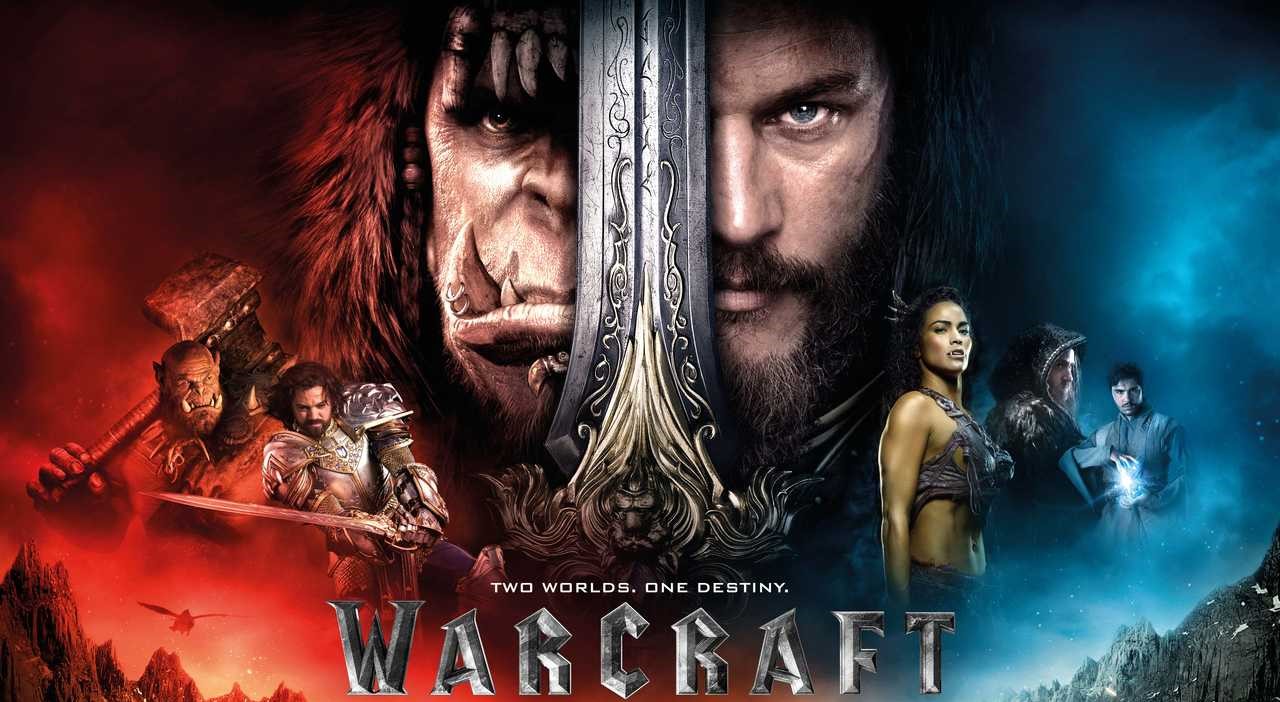 It was a long shot to turn Warcraft into a large-scale mainstream entertainment.  I’m convinced the filmmakers accepted early on that rather than cater to an audience unlikely to jump aboard the video game adaptation, it would be far simpler to dive in straight away to the fan base of gamers that do not require any background information for the narrative of the film.

Warcraft, coming with a $160 million pricetag, and directed by Duncan Jones (Source Code, Moon), features all the digital marks of a major blockbuster, but the world isn’t for the uninitiated.  It’s hard to witness a fully-dressed fantasy picture and franchise-starter fail so concretely in developing its world, characters, and story – that I almost want to like it anyway.   However, with all of the portals, guardians, blue magic, green magic, orcs, humans, and undefined parameters of this world, I can firmly say that this movie may be great for its target audience.  It certainly is not good for anyone else.

The movie opens to the exodus of an Orc army.  Their world is on the brink of destruction, and in an effort to save their kind, a demonic ruler orc, Gul’dan, uses dark ‘green’ magic to open a portal to a human planet.  Durotan, the orc protagonist of the story, leads his pregnant wife through and she soon gives birth.  The orcs swiftly come into conflict with the humans.

The human characters consist of Lothar (Travis Fimmel), a trusted swordsman and widower-father with a teenage son suffering from Scrappy-Doo syndrome.  King Wrynn (Dominic Cooper), or at least I assume he is a king because he wears a crown, stands around concerned about the orc threat.  There are two magical humans as well, including a young man named Khadgar (Ben Schnetzer) that uses ‘good’ blue magic.  Ben Foster plays the ‘guardian’ Medivh, a magical being that uses his powers of giant lightning force fields, fire, and teleporting to protect the kingdom.

Durotan and his orc clan eventually understand that Gul’dan is evil.  His appearance was surprisingly not a dead give-away from the beginning.  So Durotan decides that orcs and humans need to join forces to defeat Gul’dan before he becomes too powerful.  The orc warrior seeks a pact with the humans, one that puts his family at risk once the other orcs get wind of his betrayal.

Somewhere in the middle of this, a half-orc/half-human (but maybe not human after all) named Garona (Paula Patton – in green makeup with vampire fangs on her lower jaw) is a captured prisoner of the humans’ that ultimately joins in their fight.  She takes a liking to the single Lothar, and their potential romance gets about ten seconds worth of attention.  This comes after scenes of flirtation with Khadgar and Medivh, so her intentions are never really clear until later in the story.

If this sounds like it’s all the leading to a battle for ‘some planet’, you’d be right to an extent.  The narrative attempts to deliver a payoff to the setup of Durotan’s shifting alliance, but the writers seem to forget about it, instead lifting him out of the crux of the overarching conflict.  The movie never evolves the characters at-large and instead settles for yet another orcs-versus-humans throwdown complete with one of the eagles from The Lord of the Rings. 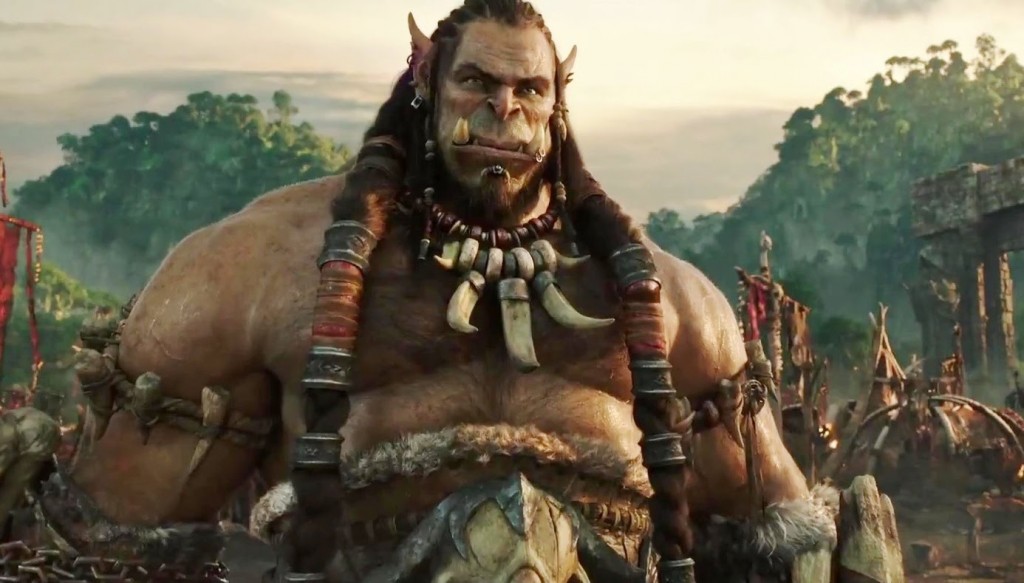 Of course Warcraft fans don’t want to hear yet again why this film isn’t even remotely close to the level of quality of Peter Jackson’s films, however, it’s impossible not to compare them.  The Lord of the Rings trilogy featured an opening ten-minute monologue voiced by Cate Blanchett that gave the audience so much pertinent information regarding the entire world of the story that the audience was about to enter.  Think about what we learned as maps of Middle Earth placed us geographically, introduced the different races and species, the villain, the evil ring of power and how it devoured its victims.  We knew exactly what was at stake, what type of world we were in, and what types of characters we would meet, all before we entered The Shire.  That was helpful for audience members, like myself, that did not read J.R.R. Tolkien’s trilogy of novels.  The opening shot of Warcraft leaves audiences with a big “Huh?” that never reconciles.  I wouldn’t even label it a prologue because it gives zero information regarding the central plot and never again becomes relevant.

Warcraft continues with none of that pertinent information about its world(s), its characters, or its fantasy elements.  A movie needs to be capable of placing the audience without relying on a Wikipedia cheat sheet to understand what’s going on.  The opening half hour left me scrambling to decipher the geography, the characters, and the events in the plot.  Once the story settled in a little more firmly, I was able to piece together basic conflict and relationships.  But a narrative shouldn’t be such a chore.  I still have no idea where this movie took place – which planet – nor any idea how the different magic worked.  Are only three individuals capable of wielding it?

Luckily the human element isn’t entirely removed; you just won’t find it in the human characters.  The lead orc, Durotan, despite existing as a heap of hit-and-miss CGI with hands larger than his head, actually manages to be engaging.  He is the one orc pressed to do right by his kind and also by the humans.  But the story squanders most of his potential in the overall narrative.  When Durotan is onscreen, Duncan Jones’ ability to generate fully sympathetic characters shines through.  It’s a shame the same level of attention wasn’t given to the humans.

The visual experience of the movie also fails to meet current standards.  When audiences have been spoiled by Avatar and The Jungle Book, lacking special effects for a Hollywood tentpole just will not do, especially one that consists of mostly digital creations.  The orcs look fine in closeup, but when the camera gives them room to maneuver, the creatures look like little more than globs of CGI reminiscent of what we might have seen in one of the early Harry Potter films.  A great story and compelling characters might allow some grace in this area, but a major production like this can’t get a free pass.  This was a movie made by people sitting at computers for people sitting at their computers, leaving little room for casual moviegoers.  Consider the potential for an exciting new fantasy franchise destroyed.