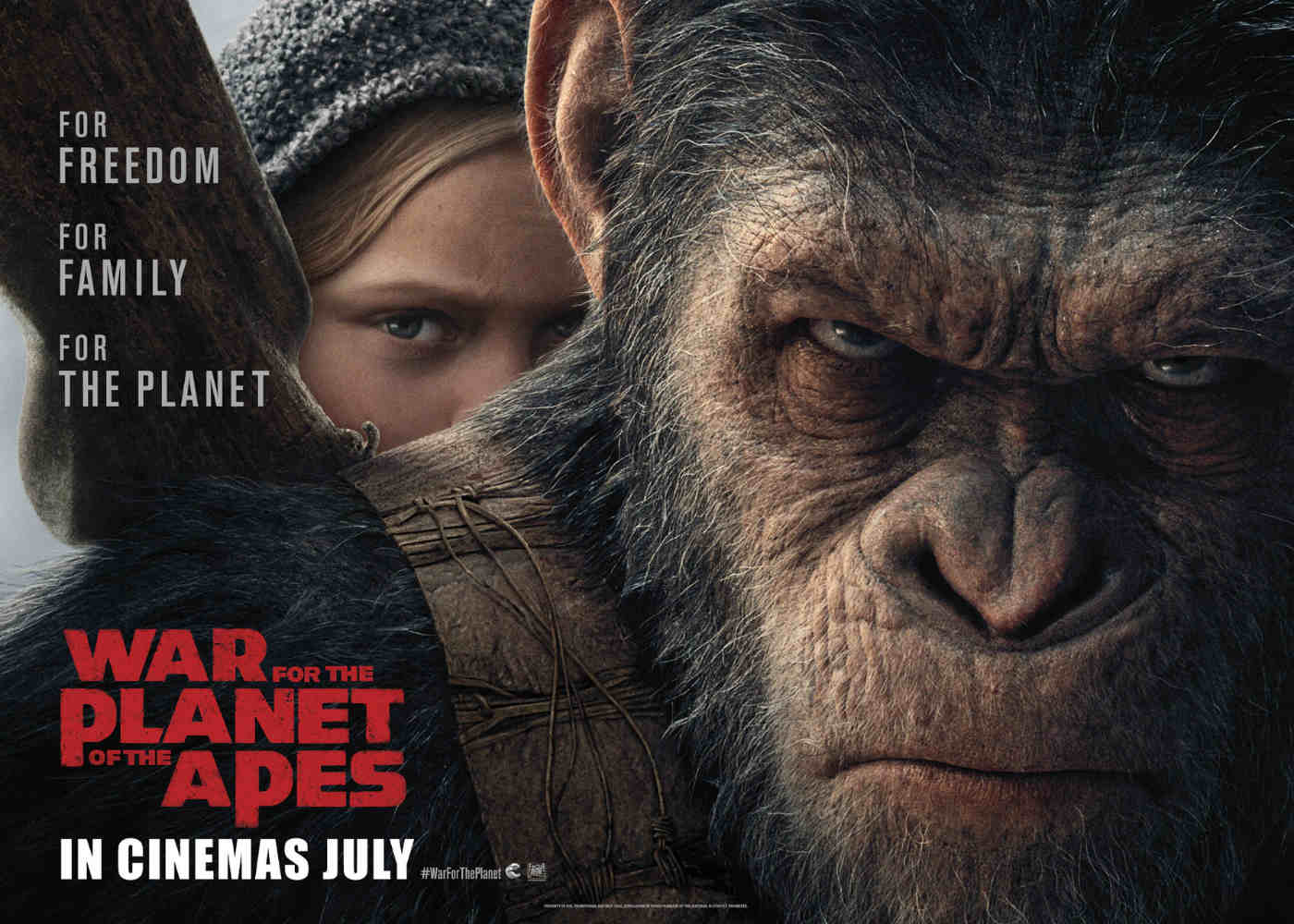 Twentieth Century Fox (UK) delivered the fourth trailer today to its upcoming film War for the Planet of the Apes. The movie isn’t due in theaters until mid-July , but it’s already generating quite a buzz. You can watch the trailer below.

In this International trailer, we see Caesar (Andy Serkis) fighting more of his own demons. Clearly humans have hurt him and taken much from him. We also see that a certain blue-eyed human girl may complicate his need for revenge.  It then contrasts Caesar with the Colonel (Woody Harrelson), who is leading his own men to battle with the apes. During one tense moment in the trailer, the Colonel’s voiceover echoes chillingly as he tells his men that “sometimes we must abandon our humanity to save humanity.”  While there may be a major battle between the soldiers and the ape, the true war appears to be between Caesar and the Colonel. Each fights for what they believe in – freedom, family, and the planet.

We also get to see some astounding cinematic shots between the apes and the soldiers. War for the Planet of the Apes has some amazing technology at the forefront for their CGI effects, as we looked at last week. All of the trailers have proven the movie’s incredible scope for large, lush landscapes and visuals. This trailer continues to show those colorful backdrops.

In War for the Planet of the Apes, the third chapter of the critically acclaimed blockbuster franchise, Caesar and his apes are forced into a deadly conflict with an army of humans led by a ruthless Colonel.  After the apes suffer unimaginable losses, Caesar wrestles with his darker instincts and begins his own mythic quest to avenge his kind.  As the journey finally brings them face to face, Caesar and the Colonel are pitted against each other in an epic battle that will determine the fate of both their species and the future of the planet.