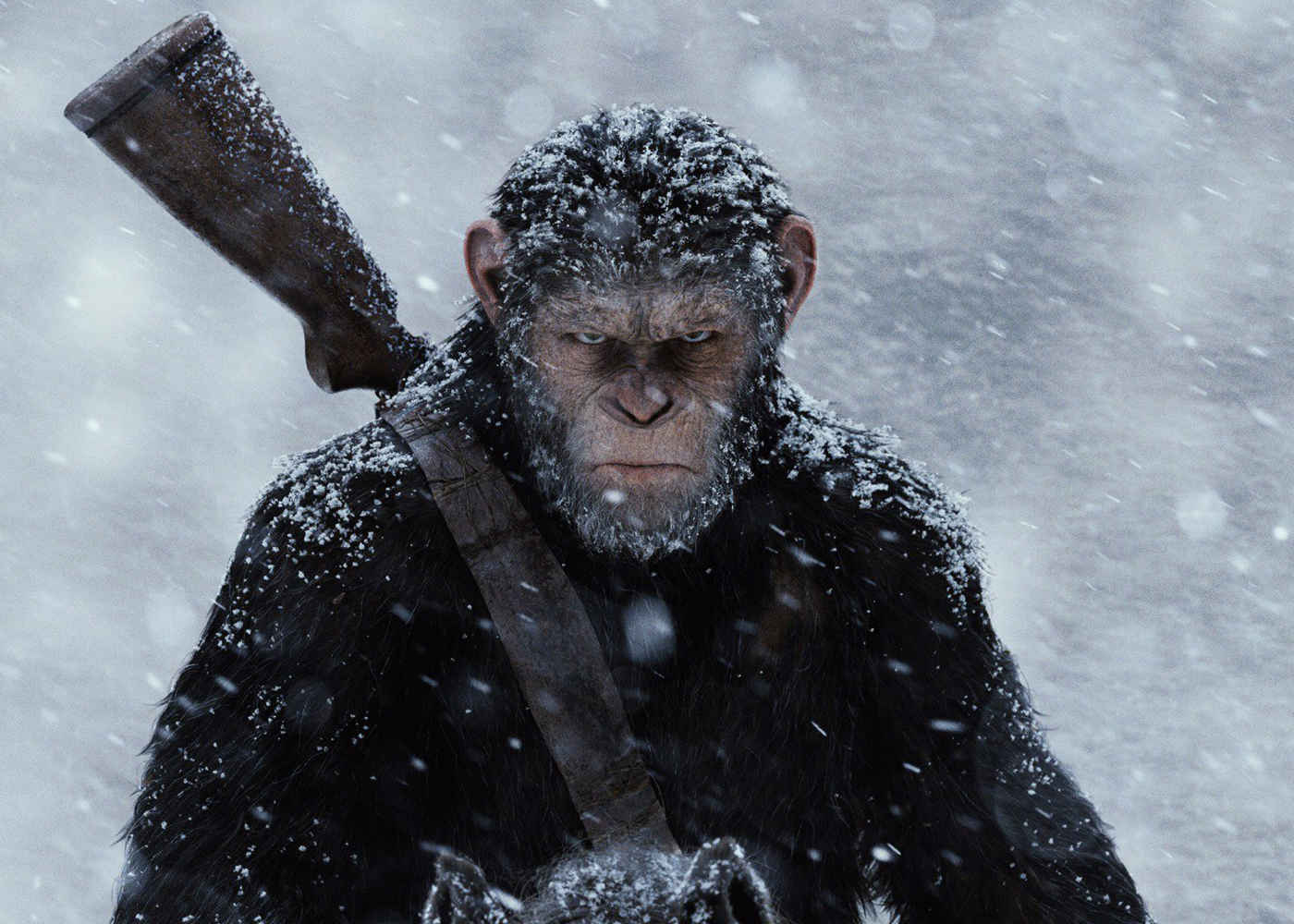 The War for the Planet of the Apes may have just begun, but it’s already bringing in the accolades. Fans awaiting the third installment of Twentieth Century Fox’s reboot of the franchise aren’t disappointed, either. War for the Planet of the Apes gets a certified FRESH from Rotten Tomatoes. “Whatever happens with subsequent installments, one thing is clear: Reeves has set the bar incredibly high, and in this War, the audience wins.”

The film opened in the UK on July 11 and on July 14th in the US. Early reviews peg it as excellent. Our own resident film critic, Matthew Rodgers, called it the film of the summer in his review. While third installments can sometimes falter, War seems to be challenging its predecessors. A few film critics actually claim it might be the best of the trilogy. A huge contributing factor to this movie’s success is the special effects; Andy Serkis’ Caesar is a miracle of technology. And yet, Caesar wouldn’t be Caesar without Serkis’ personal touches. Ultimately, Matt Reeves has taken this reboot to a new level. So it’s no surprise that it’s garnering such great scores on Rotten Tomatoes.

“In War for the Planet of the Apes, the third chapter of the critically acclaimed blockbuster franchise, Caesar and his apes are forced into a deadly conflict with an army of humans led by a ruthless Colonel.  After the apes suffer unimaginable losses, Caesar wrestles with his darker instincts and begins his own mythic quest to avenge his kind.  As the journey finally brings them face to face, Caesar and the Colonel are pitted against each other in an epic battle that will determine the fate of both their species and the future of the planet.”