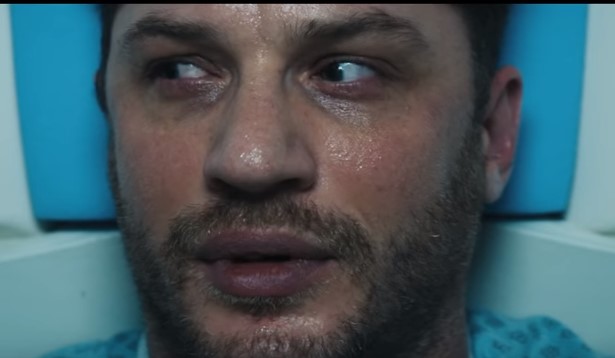 Ruben Fleischer’s Venom is arguably one of the most anticipated releases this year. This comes as no surprise especially considering the arduous journey the development of the movie had to go through. A Venom movie has been in development since 1997- reportedly with 80s icon Dolph Lundgren to star as the main character. After more than two decades, the movie is finally here.

Venom made its world premiere last October 1, 2018. Currently, reviews have started pouring in and they are confusing to say the least.

Critics seem to be very polarized when it comes to Tom Hardy’s performance in the movie. The actor, who plays Eddie Brock aka Venom, is one of the most acclaimed artists in Hollywood today. Unfortunately, Todd McCarthy of The Hollywood Reporter was unimpressed by how Hardy gave life to his character.

According to McCarthy, Hardy’s interpretation of Brock seemed very dumb and clueless. So clueless that it was hard to believe he was ever competent journalist:

“For all his alleged talent, as well as for the smarts and insolence Hardy normally brings to his roles, Eddie comes off like a grubby schmuck — too clueless to have convincingly forged a career as a fearless reporter and too sloppy and unsophisticated to be engaged to a sharp cookie like Anne (Michelle Williams).”

Consequently, Collider’s Peri Nemiroff wrote praises about Hardy’s performance. The critic lambasted almost every other actor in the movie except for Hardy. In his article, Nemiroff gushed about the back and forth between Venom and Eddie – calling it the only shining ray of light in the entire film:

“Thankfully the one shining ray of light in Venom is Hardy and what he manages to do once Venom comes into the picture. Again, at that point, the movie has no legs to stand on but the back and forth between Eddie and Venom is so zany and outrageous, I for one couldn’t get enough of it.”

Aside from Hardy’s performance, many critics compare Venom to superhero films of the early 2000s. Think Sam Raimi’s Spiderman and Nicolas Cage in Ghost Rider. Unfortunately, the comparison isn’t necessarily a good thing.

Jesse Hassenger of The AV Club expected Venom to be a tribute to the 90s – kitschy, self-aware, silly, and fun. Instead, what he and the rest of the movie going public received was a lazy movie that depended on the character’s popularity and an A-lister to carry the entire project:

“Venom, the solo vehicle for the symbiote-based, head-chomping antihero, has more of a mid-2000s vibe. It’s reminiscent of the post-Spider-Man, pre-MCU superhero pictures, the ones made with some degree of star power and/or production value but lacking a sense of purpose beyond showing off a live-action exclamation of a famous comics character. It’s Daredevil! Ghost Rider! The Fantastic Four! What else do you rubes want?”

Venom would be hitting the big screens across the country on October 5, 2018. Aside from Tom Hardy, the movie also stars Michelle Williams, Jenny Slate and Riz Ahmed.