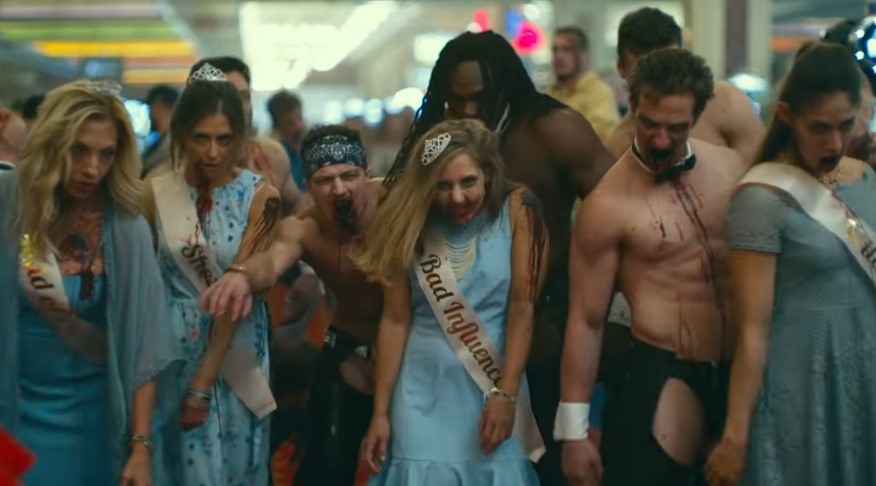 While a lot of people are eager for the release of Zack Snyder’s Justice League next month, Snyder had teamed up with Netflix for another zombie movie in the form of Army of the Dead. The film is set to come out In May, and now Netflix has dropped the first teaser trailer starring Dave Bautista.

The rest of the cast includes Ella Purnell, Ana de la Reguara, Matthias Schweighöfer, and Hiroyuki Sanada. Chris D’Elia was also originally cast as comic relief, but after he got cancelled last year, he was promptly replaced with comedian Tig Notaro.

Though Snyder had mostly been working on superhero films since 300, it’s great to see him come back to the zombie genre with Army of the Dead. While this is just a short teaser, it does have a lot of Snyder’s visual style; oddly enough, it does seem like some of it is made to be funny, what with some zombies dressed as Vegas performers and some more kooky-looking characters showing up. I guess after tackling all those ‘Gods among men’ stories, Snyder is open to just having some fun.

For now, Army of the Dead is set to hit Netflix on May 21. You can catch Zack Snyder’s Justice League on HBO Max come March 18.