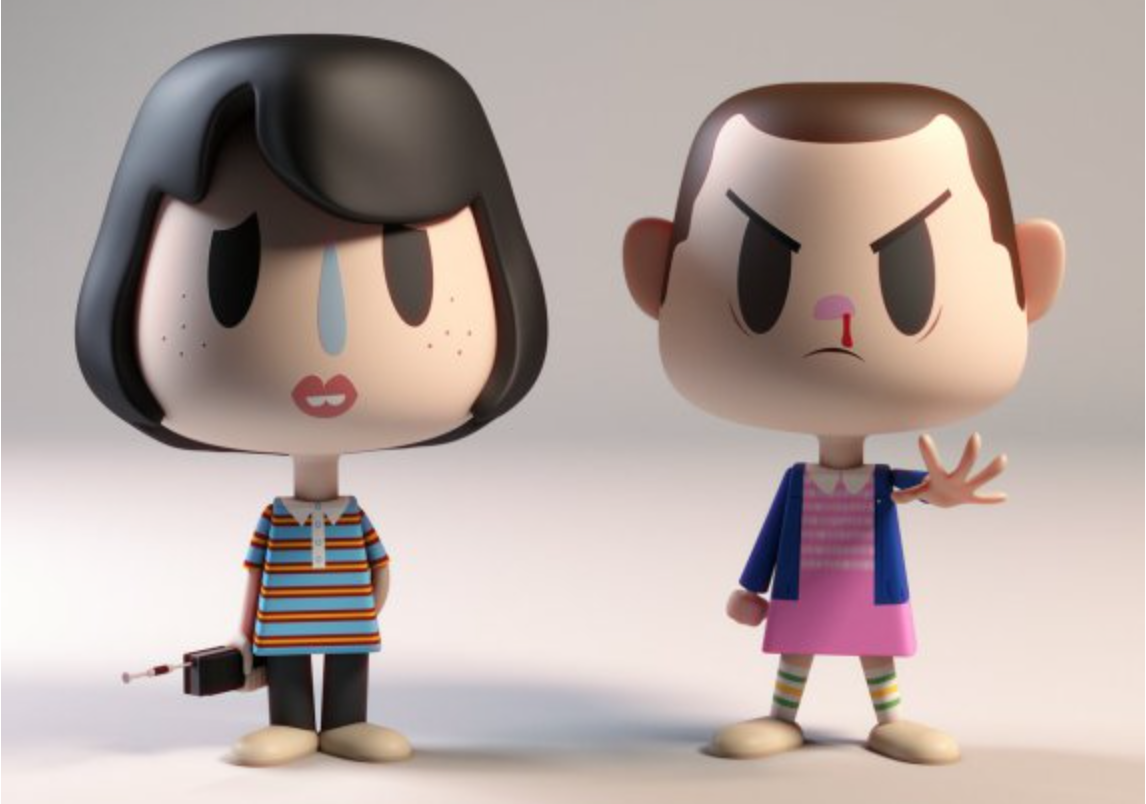 If you’re like us and are completely infatuated with Stranger Things on Netflix, then chances are you’re also looking for merchandise to express that love of the show. Although there is no official line of Stranger Things merchandise, one talented craftsmen took it upon himself to create figures based on characters from The Duffer Brothers series.

Kibooki of A Large Evil Corporation Ltd. , and supposedly behind Funko’s Vinyl Idolz line according to GeekTyrant, has created an adorable line of vinyl figures that include renditions of Eleven, Lucas and the Demogorgon from the show (via BloodyDisgusting). Unfortunately, these are unofficial figures. If they were purchasable, there’s no denying we’d certainly be broke. With that said, it can’t be long until Funko releases a line of Stranger Things POP figures, especially given the immense popularity of the show.

Check out images of Kibooki’s figures below:

They’re amazing, right? Just look at Dustin’s cute face. Who wouldn’t want that on their shelf? It would be an absolute tragedy if these figures, or some similar, don’t see the light of day. If they were on store shelves, then they would sell like hot cakes. If Funko doesn’t release POP figures, then maybe we’ll see Hot Toys work their magic and create a line of incredibly realistic looking figures? Whoever decides to create official Stranger Things figures needs to do so fast as the more we look at these ones, the more a part of us dies inside.