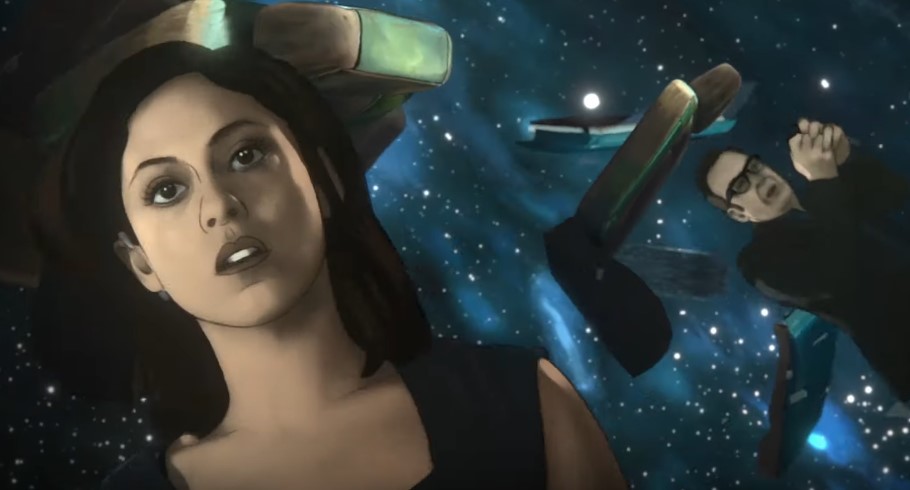 BoJack Horseman has gone down to be one of the best animated shows on Netflix, but creator Raphael Bob-Waksberg (along with BoJack producer Kate Purdy) has teamed up with Amazon to bring us this new show called Undone.

UNDONE is a half-hour, genre-bending, animated series that explores the elastic nature of reality through its central character Alma, a twenty-eight-year-old living in San Antonio, Texas. After getting into a car accident and nearly dying, Alma finds she has a new relationship to time. She develops this new ability in order to find out the truth about her father’s death.

Though BoJack on the surface is a comedy show about talking animals, the real hook of the series is it’s existential reflections and thoughts on depression. Undone looks to be more sci-fi/fantasy with it time travel element, but I have no doubts that we’re also going to get the same kind of themes that made BoJack Horseman so great.

I also wouldn’t doubt that there are going to be jokes. I mean, why else would they cast Bob Odenkirk?

From the get-go, Undone looks a lot like A Scanner Darkly, but I’m guessing it will still bring something totally new to the table. I’m excited to see Rosa Salazar back in the spotlight, and I can’t wait to see what kind of chemistry she’s going to have with Odenkirk.

Catch Undone when it premieres on Amazon on Sept. 13.