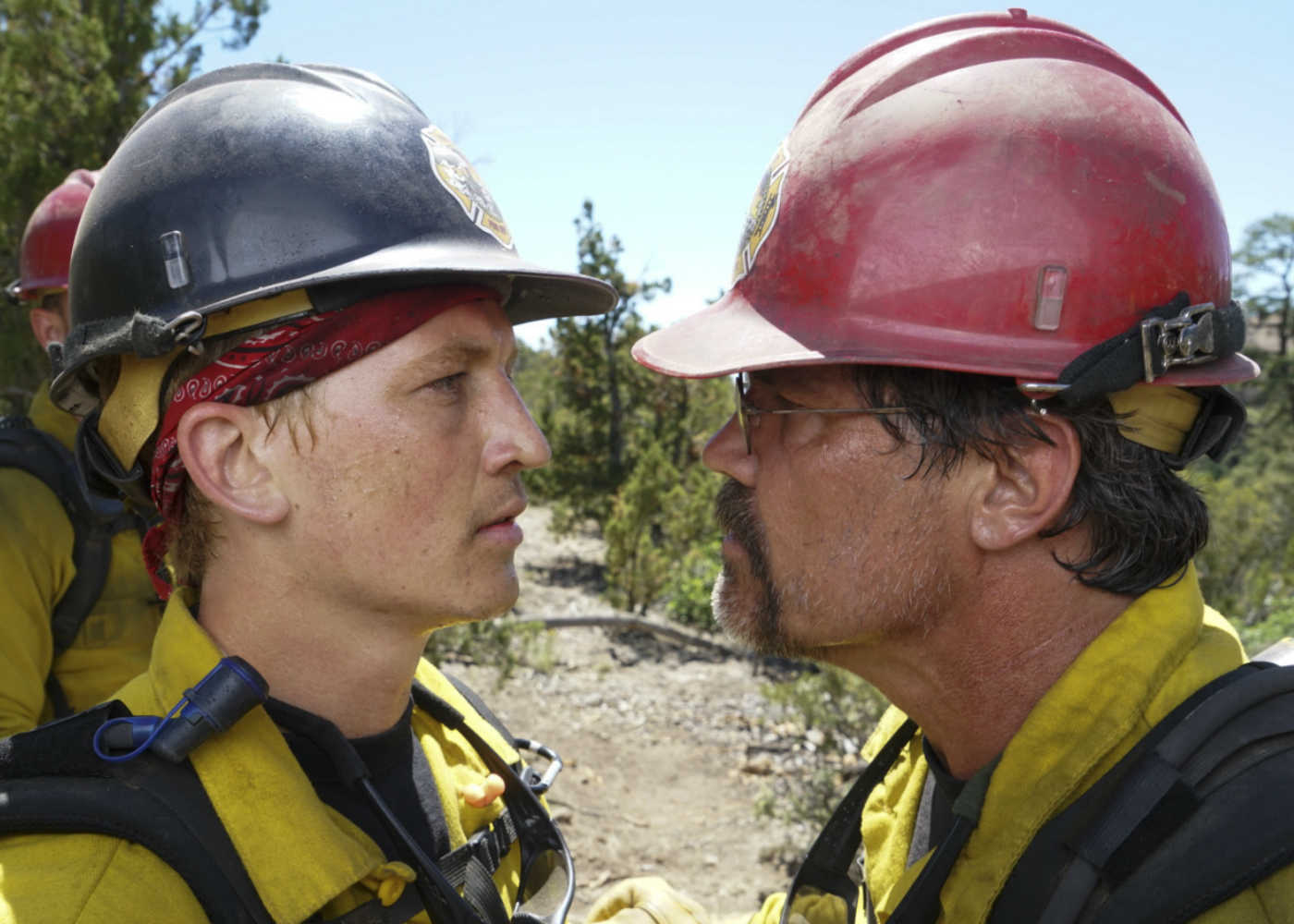 Lionsgate have released the UK trailer for feel the heat coming off the screen fire-fighter drama Only the Brave, which pits Josh Brolin (Deadpool 2), Miles Teller (Bleed for This), Jeff Bridges (Kingsman: The Golden Circle), James Badge Dale (24), and Taylor Kitsch (Friday Night Lights), against a blockbuster budget’s worth of flames. Directed by Tron: Legacy and Oblivion helmer, Joseph Kosinski, the trailer can be seen below, along with the films official synopsis.

All men are created equal… then, a few become firefighters. Only the Brave, based on the true story of the Granite Mountain Hotshots, is the heroic story of one unit of local firefighters that through hope, determination, sacrifice, and the drive to protect families, communities, and our country become one of the most elite firefighting teams in the country.

Only the Brave is a drama based on the elite crew of firemen from Prescott, Arizona who battled a wildfire in Yarnell, AZ in June 2013 that claimed the lives of 19 of their members.

With a vibe similar to the underrated offshore oil rig true-story, Deepwater Horizon, and other Josh Brolin battle against the elements movie, Everest, Only the Brave is the first high profile film to tackle the fire fighting service since 2004’s John Travolta dud, Ladder 49, which itself struggled to reach the high flame mark of 1991’s Kurt Russell blockbuster, Backdraft.

With the amount of real life atrocities dotted around the globe at the moment, all which require the heroics of those depicted in Only the Brave, this could be quite a timely story of hope in which to escape at the cinema, even if the tagline “just as long as you can breath, you can survive” indicates that not all of our A-list superstars will make it to the end of the film.