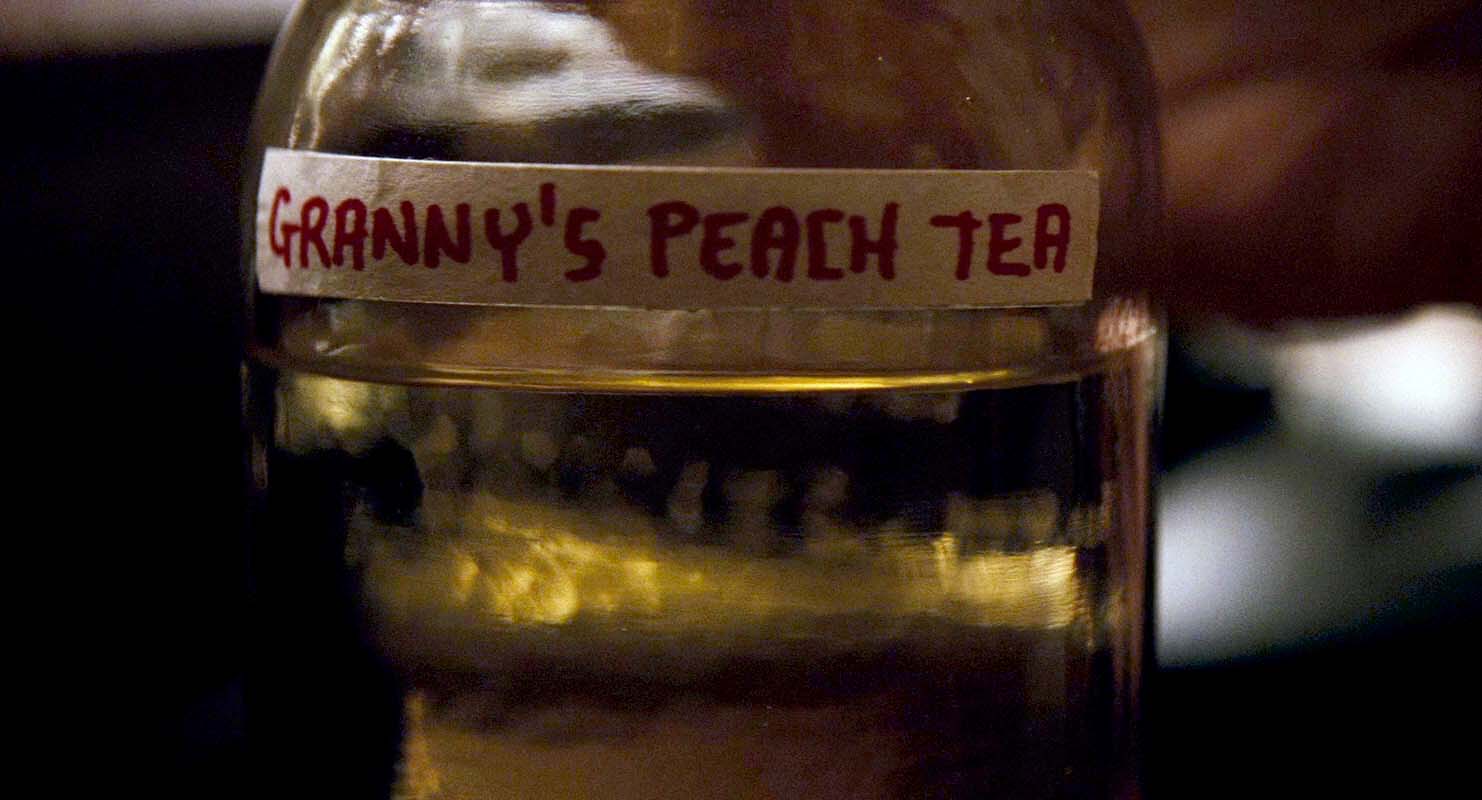 Back in 2013 when Zack Snyder’s Man Of Steel hit the big screens it signaled what DC fans had been waiting for… a cinematic universe of their own. For years they had to watch as Marvel successfully launched titles such as Iron Man, Captain America, Thor culminating in 2012’s Avengers. For the most part we all enjoyed those films along with the die hard Marvel fans, but it gave us, fans of DC, an even greater hunger to see the likes of Batman, Superman, Wonder Woman and others up there as well.

Man Of Steel wasn’t met with the critical praise that most of us were hoping for. A small majority of critics liked the film (currently a 55% on Rotten Tomatoes), but it failed to connect with those critics on the same level as WB’s Batman films by Christopher Nolan did. On a personal note, I absolutely loved Man Of Steel and my love for the film has only grown with each passing viewing. To me, Snyder’s film is a masterpiece in the genre. A sombering look at a god who thought himself a man, raised practically in secret while in plain sight, completely unaware of his own identity with abilities that defied his own imagination. A person deeply beloved yet resoundingly alone in the universe. And when that young man finally discovered his identity, his origin, he is confronted by new questions and new struggles. The question “who am I” transforms into “who should I become”? Confronted by the contrasting philosophies of 2 fathers and a world that could possibly fear and misunderstand him yet needs him desperately at the same time, Kal-El/Clark becomes the Superman. It’s astonishing. I wish more people saw it the way I do.

But many people did not see it the way I did. Many fans and critics alike found Man Of Steel too much of a departure from the “classic” Superman they had known and imagined. Clark wasn’t the do-gooder boyscout next door saving cats out of trees while accepting apple pie as thanks from the local grandmothers they had envisioned. It was more violent than they had hoped. It was more grim than they had hoped and it was a disappointment in their eyes. Despite my vehement disagreement all I could do as a fan was realise film is subjective and just because I liked it doesn’t mean they have to and hope they enjoy whatever the next film WB/DC put out.

However, while the majority of DC fans adopted the same mindset as I did, some did not. Some allowed their disbelief that others would not share in their love for Man Of Steel to turn to bitterness which then eventually turned to resentment. Resentment towards those who didn’t like Man Of Steel, to those who gave poor reviews to Man Of Steel and eventually to the Marvel films that seemed to be enjoying more success at the moment. Instead of celebrating their own enjoyment of the film WB and DC had given us, their attention turned to placing blame on those they perceived to be their “enemies”.

This situation became amplified with the release of Batman V Superman: Dawn Of Justice in 2016. A film that an entire generation of film fans had been waiting for. However, instead of being the movie that would unite all comic book movie fans, it once again was extremely divisive. The majority of critics and many fans walked out of BVS disappointed (currently BVS sits at just 27%).

This wasn’t just another movie. This was the one we had been waiting for. This was Batman V Superman. Even those who enjoyed the film, like myself, had to acknowledge that there were a number of weaknesses in the movie that didn’t play well with the audience or the critics. Again, the majority of DC film fans understood that other people didn’t need to like BVS to validate their own enjoyment of the film. The majority of DC film fans celebrated their enjoyment instead of focusing on others who didn’t enjoy it. Sadly though, within a small portion of the DC fan community, a culture of denial set in. Not a harmless quite denial, but rather a venomous and bitterness fueled denial that refused to acknowledge even the slightest flaw in the DC Cinematic Universe while purposefully setting out to vilify anyone, or anything that either didn’t enjoy the films or pointed out problems with the current situation. They even began to turn on their own, attacking fellow fans of DC film who were not positive enough for their tastes to better suite their narrative.

This culture of denial has manifested itself in several unhealthy ways:

A normal healthy film fan, like the majority of DC film fans, will see that a critic or another fan did not like a movie they enjoyed and say to themselves “Oh that’s a shame they didn’t like it. Oh well, I liked it.” and that would be the end of it. However, in this subculture of DC denial a negative review of a movie (by a critic or a fan) is perceived as a direct attack on themselves. For a critic to say BVS wasn’t a good movie is to delegitimize their own opinion (obviously this is not the case, but it is how some people perceive it). Subconsciously these people believe that if someone says a DC movie isn’t good, then they are directly being attacked.

What it breaks down to is that since they can not come to grips with others not enjoying the films they enjoy without it feeling like an undermining of their own enjoyment, they create ulterior motives for the naysayer calling Batman V Superman anything less than brilliant.

Hence, the denier would rather believe that the critics were actually paid off by Disney, or that the critics had a secret hidden anti-DC agenda than believe the critics just honestly didn’t enjoy the film. As ludicrous as it sounds, to the denier, it was more feasible that Disney Studios orchestrated a massive secret operation to pay off and bribe film critics to give negative reviews of BVS than it was to accept they just didn’t like it.

2) THEY WILL TURN ON THEIR OWN

Much like extremist religious movements, be it Christian extremists, Muslim extremists or any number of others, to the denier being a DC fan is not enough. Those in DC denial are all in or nothing. It’s not enough to them that you liked Man Of Steel. It’s not enough to them that you thought BVS was good. It’s not even enough if you have a Superman tattoo on your left leg. If you don’t profess complete love for everything in the DC movies and every bit of news coming out about DC, then you are no longer welcome among them. You are now the enemy and you shall be treated as such.

From my perspective, if you are truly a fan, you will care when things are not going right. If you are really a fan, you will be frustrated when things seem to be mishandled. But those in DC denial don’t see things that way. To them, any utterance of negativity, any whisper of doubt is paramount to high treason. You are the enemy. You are a “hater”. They don’t care if you love DC… you don’t love them the way they say you should love them and therefore you are “not one of us”.

3) THEY DEVELOP AN US VS THEM MENTALITY

Those in DC denial need multiple targets for their misplaced anger and resentment. While the majority of DC fans are level headed people who celebrate everything in the world of comic-book films, those in DC denial believe in a 1 world view totalitarian fandom. If you are truly a DC fan (by their twisted logic) you can not acknowledge any redeeming qualities in any movie by Marvel or Fox. By their definition, to love DC means you must also hate Marvel. It is the purest manifestation of an unhealthy fandom. This is not to say that anyone MUST enjoy Marvel films, but when your hatred of another film is automatic your default position due to the fact that it comes from the “enemy” brand, something is seriously wrong with your fandom.

The toxic progression of this is it moves from just an automatic hatred for the “enemy” films, but also for those that are actually fans of the “enemy” brand. We see this play out every day on almost every chat thread across the web. One can not mention Batman or Avengers or Iron Man or Superman in a thread without an all out “Marvel sucks!” troll battle breaking out. The fallout is that casual fans looking to get more involved in online fandom become instantly turned off by the rhetoric and leave which put the community of fandom in a stale situation.

DC denial is a very real thing, but thankfully it represents the minority of DC fans out there. The bitter, the less well adjusted, the angry. Most DC film fans are the kinds of fans we want in our fandom. The ones that celebrate the films they love without feeling threatened or lessened when others don’t share their views. Those who will celebrate a great comic-book film from another brand without feeling the need to automatically be opposed to it. Those who embrace fellow fans even when they love the films in different ways or for different reasons. And let’s not pretend that if Marvel films were suffering the same sort of circumstances that DC films are that Marvel fans wouldn’t also be in their own form of denial. Because they would be I assure you of that.

Fan denial is a broad reaching thing not just limited to the boundaries of certain DC fans. We should all check ourselves as fans to see if we are part of the problem. Do we exhibit tendencies to ascribe ulterior motives to those that don’t share our opinions or do we accept them? Do we form an “us vs them” attitude or do we judge every film on their own merits? Do we aggressively turn on fellow fans who don’t specifically adhere to our own fandom standards? If so, in the immortal words of Michael Scott… “Check yo self”. Then, let’s just get back to being fans. Fans that cheer or boo as the cause arises. Fans that share and discuss. Fans that love to love what they love regardless of what other fans love. That’s what fandom is.