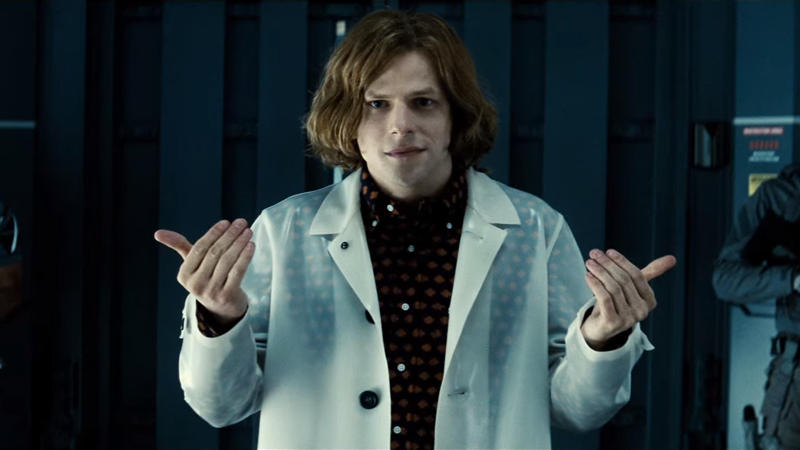 The cast of the impending DCEU team-up continues to grow as two more characters have been confirmed to appear. In a press kit, via Collider, Jesse Eisenberg and Connie Nielsen feature in Justice League’s cast listing. This news means Lex Luthor and Wonder Woman’s mother, Queen Hippolyta, will pop up at some point.

Lex Luthor’s return was expected. Aside from his being one of DC’s more infamous villains, his arc in Batman v Superman seemed to intimate he’d make a swift comeback. Luthor’s final moments in the film includes his foreboding a fearful arrival to Earth from an unnamed visitor. Said individual is presumably Darkseid, since we already know Steppenwolf is waiting in the wings.

However, what role Luthor will play remains to be seen. His being integral to the plot is doubtful, but anything is possible. Either he’s in cahoots with Steppenwolf, or is merely a pawn in a much larger game. Whatever the case may be, it is likely his involvement won’t spell good things for the League.

Hippolyta being confirmed to appear is also not much a surprise. The Apokolips forces are on Earth to hunt down the Mother Boxes, one of which is supposedly hidden on Themyscira. No doubt the Amazons will learn of this and fight to protect the device at all costs. We may even get a glimpse of this in Wonder Woman, where Hippolyta will make her DCEU debut.

Hopes are high these two won’t be the only additions to the cast. With the six confirmed League members, Steppenwolf, and Commissioner Gordon, the ensemble is already packed. Yet, fans are anticipating at least a peak at Darkseid. Rumors also allege another founding member of the Justice League is set to appear — Green Lantern. We’ll know more for sure once the film releases in theaters on November 17, 2017.