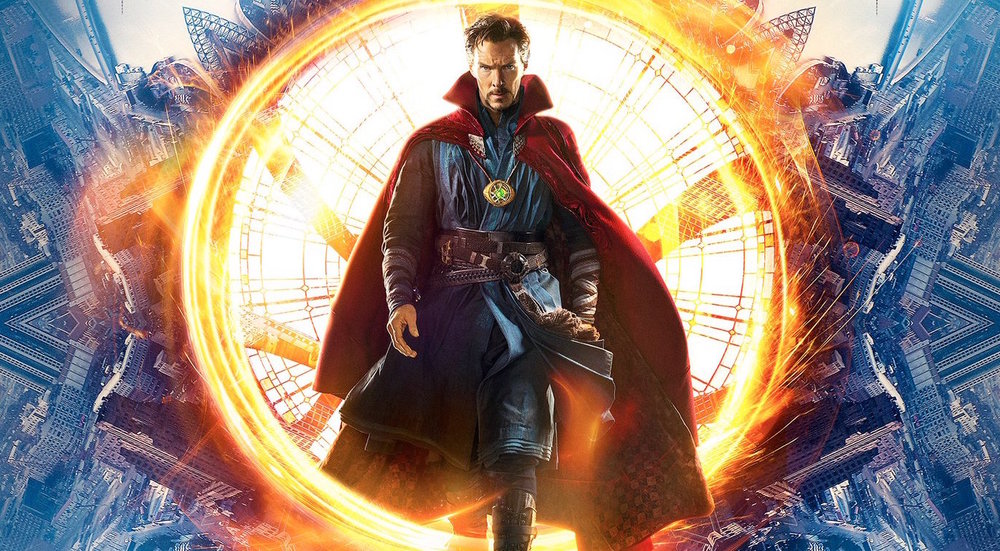 With all the commotion that DC‘s Suicide Squad is making right now, audiences don’t seem to have any other comic book film in mind. Marvel is getting ready to bring their own visual spectacle to theaters this November in the form of Doctor Strange. While it is still a few months away, we’re sure the Sorcerer Supreme’s first big screen outing will be worth the wait.

As part of a cross-promotion with Cinemark XD Extreme Digital Cinema (XD), Marvel Studios has released the first television spot for Doctor Strange:

The amount of hype created for this movie at San Diego Comic-Con had most of us fanboying for the mystical side of the Marvel Cinematic Universe. The eerie kaleidoscope aspect of it all seems to be the most expectant part of the movie. Not to say that we aren’t looking forward to the character exploration of Stephen Strange’s origins, but aren’t we all really excited to see those optical illusions come to life?

“When famous neurosurgeon Stephen Strange (Benedict Cumberbatch) suffers career-ending injuries in a devastating car crash, he seeks help in the furthest reaches of the world! Hoping to find cures for his injuries, Strange instead uncovers the hidden world of magic and alternate dimensions.

“The film is directed by Scott Derrickson (Sinister) and written by Derrickson, Jon Spaihts (Prometheus), and C. Robert Cargill (Sinister).

Marvel’s Doctor Strange will enchant us on November 4.