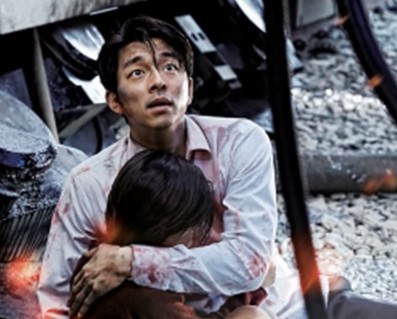 Asian countries, particularly Korea, have been producing great horror movies in the last few years. Arguably, the most popular and successful is the 2016 hit, Train to Busan.

Train to Busan, which was directed by Yeon Sang-ho and starred Gong Yoo, earned almost $100 million in the box-office. It has become the highest grossing Korean movie in Malaysia, Hong Kong, and Singapore. It doesn’t hurt that the movie is also critically acclaimed. It currently holds an impressive 95% fresh rating on aggregator website, Rotten Tomatoes.

With the accolades the movie has received, it shouldn’t be a surprise that Hollywood is planning to remake Train to Busan. Apparently, a famous horror movie producer has already been attached to its development.

According to a recent report by Deadline, The Conjuring’s James Wan has been tapped to produce the film together with Gary Dauberman writing the script. As of date, no word has been announced as to who would be starring in the upcoming zombie film.

Truth be told, the process of remaking this popular Korean horror film was not a cake walk. In the aftermath of Train to Busan’s success, French studio, Gaumont, bought the rights to the English remake of the film.

“We are more than happy to start our business with Gaumont, one of the greatest film companies with rich experience in terms of global projects. We hope this opportunity could let Korean films get more attention and be familiar with the audience all over the world,” said Kim Woo-taek, CEO of New Entertainment World, the distributor of the original Korean film.

It took two years for bidding to start. Five Hollywood production companies, New Line, Universal, Paramount, Lionsgate, and Screen Gems, expressed their interest on the franchise. According to the reports, the rights to the movie would easily cost seven figures. In the end, New Line Cinema would be working with Wan, Dauberman, and Gaumont in order to bring Train to Busan English version to life.

Consequently, a sequel to the movie is currently in the works. According to Yeon Sang-Ho, he is currently deep into writing and polishing the script to the Train to Busan follow-up. He explains that the movie he is creating is not much of sequel but an extension to the original feature:

“It is an extension of Train To Busan, after the virus has spread throughout Korea, but the characters are not the same. It shares the same world view and is a zombie action film that deals with the aftermath on the peninsula of what happened in Train To Busan” reveals Yeon Sang-Ho.

Yeong Sang-Ho is currently in talks with New Entertainment World regarding the project. He explains that the development would be much more rigorous since the follow-up would be in a much larger scale:

“I’m still writing the script, but the scale is rather large since there will be action with something to it” explained the director.

At this point, neither the sequel nor the English remake has announced a release date.