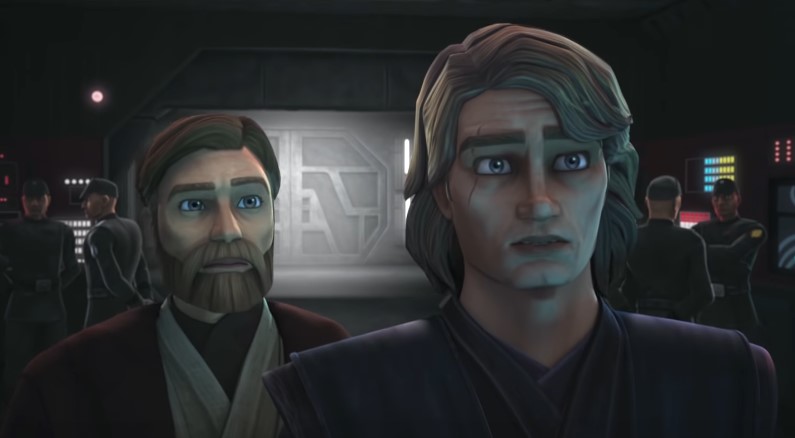 After Disney acquired Lucasfilm, Star Wars: The Clone Wars was abruptly cancelled, and for years, fans have been clamoring for the show to receive a proper ending. Thanks to SDCC 2018, though, we have an announcement of a final upcoming season, and Dave Filoni and his team just gave us an amazing new trailer.

According to Entertainment Weekly, the season will run for 12 episodes and will feature in Disney’s upcoming streaming service. It also looks to cover some unfinished episodes of the series that were revealed after the show was cancelled.

Looking at the trailer, you’ll also notice that the season uses the classic character models that were used in The Clone Wars—unlike Filoni’s latest series, Star Wars Rebels. You’ll also see that the appearances of Anakin and Obi-Wan have been updated, making them look closer to the Anakin and Obi-Wan in Revenge of the Sith.

I also think this is a neat Easter Egg: The trailer uses the exact same music from the teaser for Star Wars: The Force Awakens.

A lot of people are excited to see the show come back, and it’s said that it was thanks to the high demand that the show was eventually given the greenlight. Hopefully Dave Filoni has been given enough resources to end the series with a bang. I would also love it if we got some new references to the new Disney-era Star Wars.

No release date has been announced for Star Wars: The Clone Wars’ finale season.