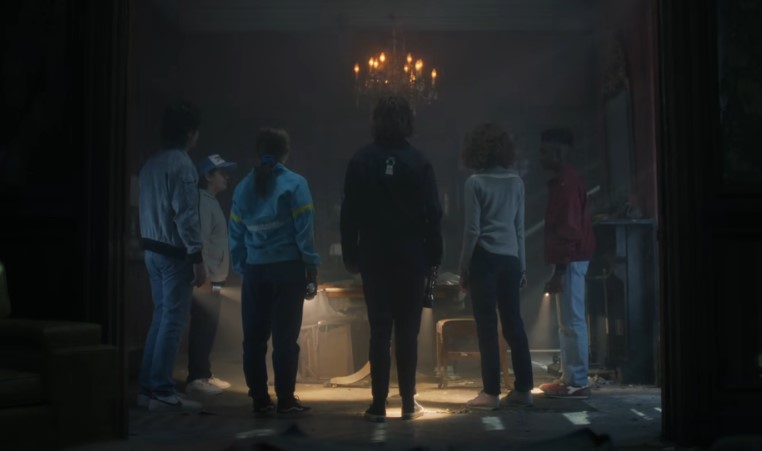 Netflix’s TUDUM 2021 had a lot of many big reveals for upcoming shows, but one title that a lot of fans have been watching out for is the next season of Stranger Things. Though we won’t get a season this year we do have a teaser for what’s to come in 2022.

We don’t have a breakdown or synopsis of what to expect with Season 4, but we do have a description which reads: “003/004”

While the initial reaction could be that the numbers indicate new incoming characters, I have a feeling that it could also be a hint at the release date at the same time. Though Stranger Things fits best with the holiday season, 2019 saw a release in the summer of July. What are the odds that the show could be aiming for a March release date, especially after the pandemic delay?

Going back to the series though, it looks like the show will be embracing a haunted house storyline this time around. With previous Stranger Things seasons being very creative when it comes to their homages, I can’t wait to see what’s in store for Season 4.

I’ll admit, the last season pretty much felt like a good wrap-up of everything, but the Duffer Brothers seem to have a definitive end in mind, so we don’t have to worry about the show losing its fire before it gets inevitably cancelled. At this point, I think we could be watching Eleven and the rest of the gang encounter “strange things” until the 90s.

Catch Stranger Things 4 when it hits Netflix sometime in 2022.