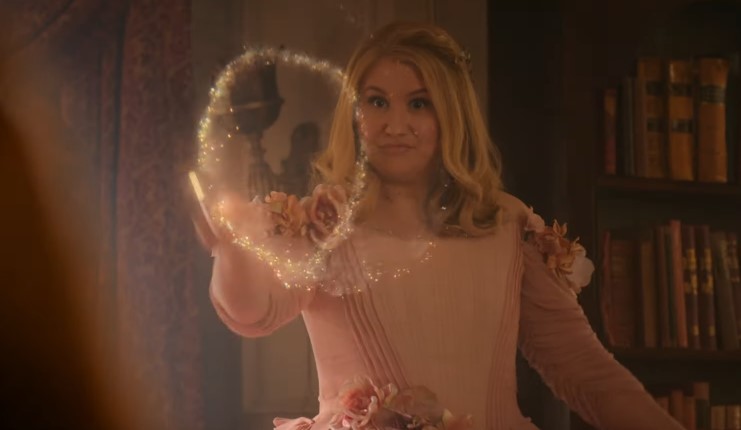 Though we know that an Enchanted sequel is in the works for Disney, we haven’t gotten an update for a while, and we have no idea when they plan to release the film. In the meantime, Disney does have this other movie called Godmothered, and it pretty much plays the same card that Enchanted does, what with fantasy meeting the real world.

Set at Christmas time, “Godmothered” is a comedy about Eleanor, a young, inexperienced fairy godmother-in-training (Jillian Bell) who upon hearing that her chosen profession is facing extinction, decides to show the world that people still need fairy godmothers. Finding a mislaid letter from a 10-year-old girl in distress, Eleanor tracks her down and discovers that the girl, Mackenzie, is now a 40-year-old single mom (Isla Fisher) working at a news station in Boston. Having lost her husband several years earlier, Mackenzie has all but given up on the idea of “Happily Ever After,” but Eleanor is bound and determined to give Mackenzie a happiness makeover, whether she likes it or not.

Like I said, the movie feels a lot like the spiritual sequel to Enchanted; they even cast Isla Fisher who used to be mistaken for Amy Adams a lot. We don’t really know how the story goes down in this Disney movie, but I wouldn’t be surprised if Princess Giselle made some kind of cameo in the movie.

I have to say, the movie looks like a good bit of fun. Bell is a very hilarious actress, and I’d love to see her in the spotlight as a clumsy fairy godmother. Hopefully she bounces off well with Fischer when the two clash in the film.