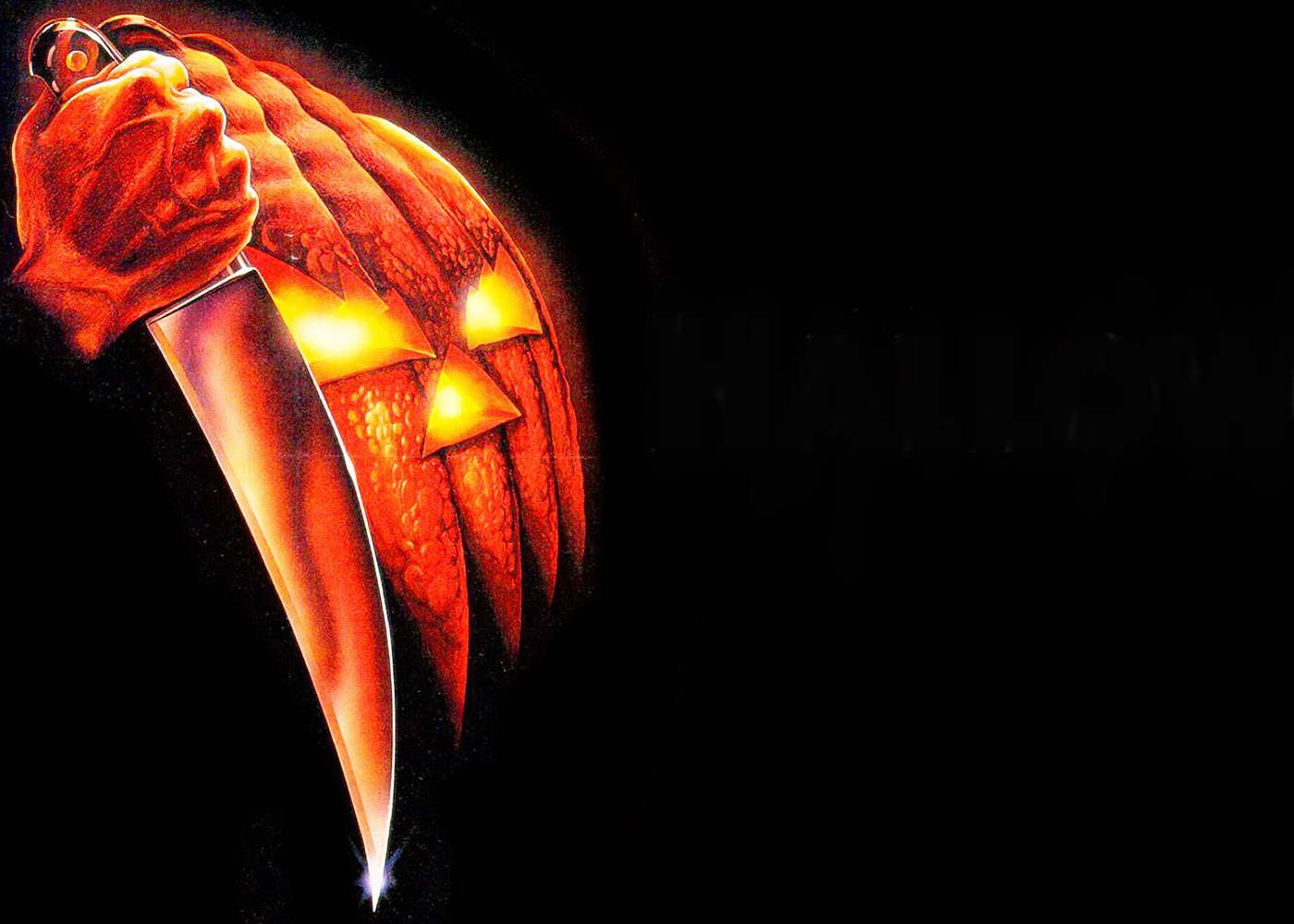 Horror is as cyclical as the werewolf’s moon,
They’ll be rebooting Scream and The Shining soon,
So for guidance this season take my hooked hand, and I’ll guide you through this spooky land.
We’ve got Freddy’s striped jumper, William Shatner’s mask, plus Father Karras and his Biblical task,
Neve Campbell is hiding in Woodsboro School, while Heather is snotty and covered in drool.
So this Halloween choose a classic instead, watch these five spooky offerings before hiding in bed.

Wes Craven’s ingenious horror was one of those films that you heard whispered about in the school playground. “So-and-so has got a copy of Freddy, do you want to go and watch it?” The power of the film was such that you didn’t need to have seen A Nightmare on Elm Street to be terrified by the concept of a horrifically scared abuser who could stalk your dreams. It preyed on fears which have haunted children throughout the ages; the monster under the bed. Randall from Monsters Inc. has got nothing on Robert Englund’s iconic scissor handed wise-cracker. The shape shifting wall that riffs upon the primal fear of bedroom shadows, the Freudian horror of Heather Langenkamp’s bathtub snooze, and the brutality of Glen being dragged into his bedroom blood-fountain, or Tina’s dancing on the ceiling, are amongst the most indelible genre moments in cinema history. The franchise might have become diluted by a need to turn Krueger into a pantomime monster, but few films burrow into your psyche like a trip to Elm Street. Repeat after me “one-two Freddy’s coming for you…….”

William Friedkin’s The Exorcist was petrifying, for the simple reason that here in the UK it was banned from release. It’s unimaginable these days based on how we’re all desensitised to the point that some audiences will laugh at the violence in a franchise such as SAW, but back then it created a huge sense of fear surrounding the movie. There were reports of people fainting and throwing up, with religious groups picketing theatres showing the film. It was a marketing department’s dream, and it worked, because until recently it was the largest grossing horror movie of all-time. Finally released into cinemas on its 25th anniversary, my first exposure to Regan’s plight was a huge disappointment. Sat amongst an audience who’d succumbed to the hype but weren’t willing to do the same with the film, they guffawed through scenes which they’d already seen parodied countless times before witnessing the original. It took a few more years before revisiting 3600 Prospect Street, at home, away from the evils of a crowd, and locked away in a comfort zone, where you feel safe, much like the events of The Exorcist. This time the film shook me to the core, and this October 31st you should let it possess you too.

If The Exorcist‘s marketing was an act of divine intervention, then 1999’s divisive trip to the Maryland forest was one of the smartest campaigns in cinema history. The first film to fully embrace the internet as part of the cinematic narrative, The Blair Witch Project was a breakthrough event in so many ways. Advertising fiction as fact, an entire mythology that blurred the lines of reality was set-up on their website. Names such as Eileen Treacle, Rustin Parr, and Mary Brown will be familiar to anyone who’d heard the buzz about a film of found footage, yes, nobody had heard of found footage back then, in which the people on the tapes had gone missing whilst investigating the mystery of the Blair Witch. The backstory might be fascinating, but it would be for nothing if the film was a dud, and thankfully it isn’t. There are scenes here in which you can feel your heart pound in your chest as if you were stood by the speaker at a Metallica concert; the pile of rocks, the sound of crying babies in the night, and of course, that finale in the house, during which sight unseen is the most terrifying thing of all.

The film informed by every other one on this list, and all of those that didn’t make it. Horror is the most cyclical genre of them all, but nothing quite like Scream had punctured the mainstream in a way that Wes Craven’s meta masterpiece did. Post-modern before that became a thing, incredibly funny, and schooled in a genre that the late writer/director helped to shape, it’s also unquestionably terrifying. So many of the best scares come from that moment in which you’re lulled into a false sense of security, and then “BAM”, it hits you, like Roy Schneider chumming the water in Jaws. Scream is littered with examples, but its defining moment has to be the breathless opening gambit, a Psycho riffing moment in which the films only real star is offed after a game of “what’s your favourite scary movie?” However your own viewing schedule shapes up, your night of horror should probably be punctuated by Scream, simply because whatever you’ve chosen will somehow be referenced somewhere in this razor sharp exercise in terror.

No Halloween line-up would be complete without the granddaddy of slasher movies, John Carpenter’s Halloween. Standing William Shatner head-and-shoulders above the competition, the adventures in babysitting on the 31st October 1978, is a lean, unrelenting, nerve shredder. Accompanied by that “du-dum, de-dum, de-dum” heartbeat-come-footsteps score, which was composed by Carpenter, and featuring the most iconic of unstoppable shapes, Michael Myers, nothing has come close to the way in which this was pieced together; the silhouette on the porch, the shape stepping out from behind the bush, the numerous POV shots of both a young psychopathic Myers, and the heavy breathing, hulking great grown-up. With a sequel planned, all under the stewardship of Carpenter, promising to be intrinsically linked to the original, there’s no better time to watch death come to this little town.

For some, the true horror of this list might be that I’ve chosen The Blair Witch Project over The Shining, or that Jason Voorhees, or even his mum, didn’t get an invite from Camp Crystal Lake, but that’s the thing about horror, one man’s Chucky is another man’s Annabelle.