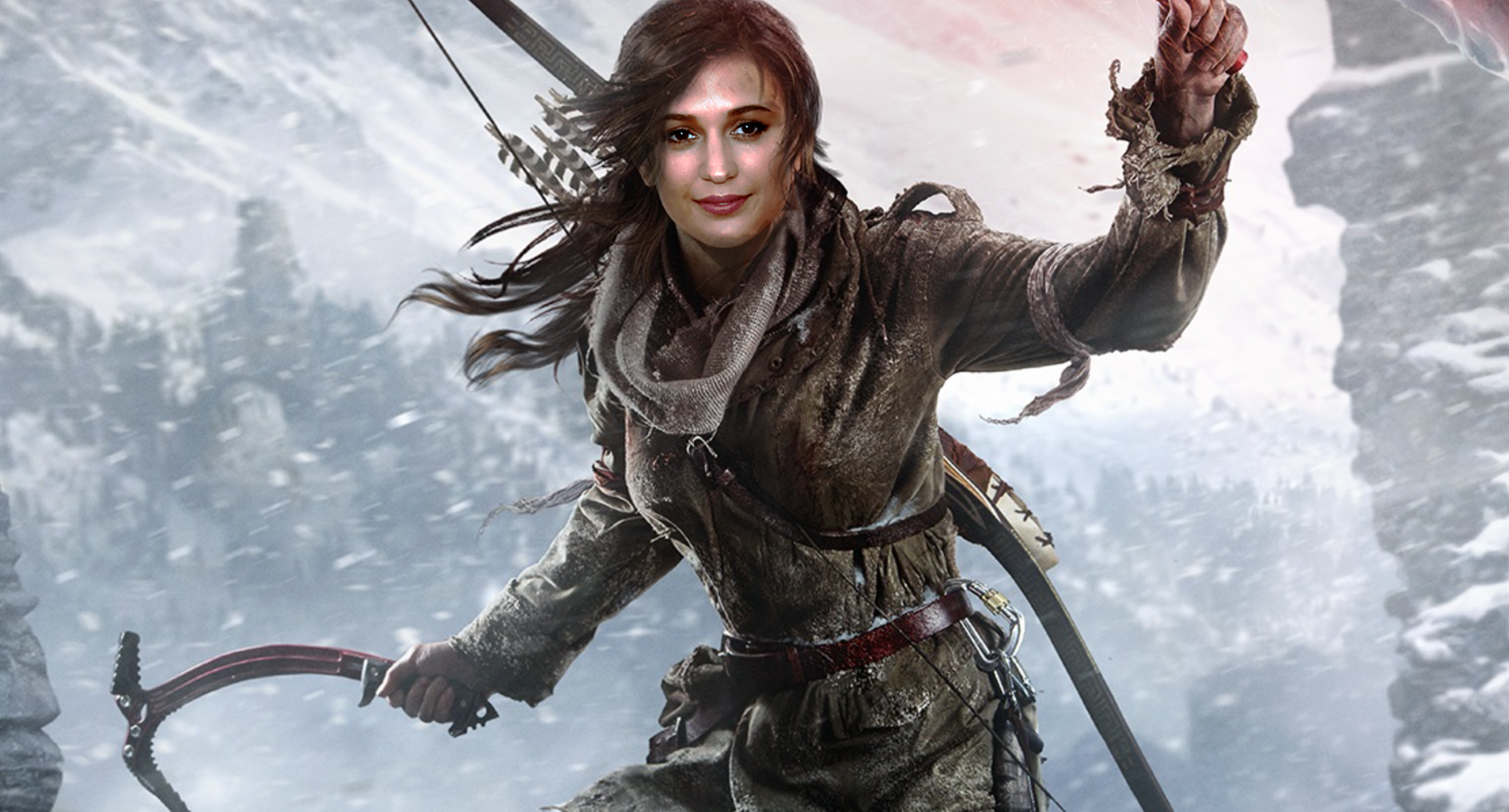 The next couple of years are pivotal ones for game-to-big-screen adaptations. December will see Michael Fassbender leap across rooftops and dimensions in Justin Kurzel’s Assassins Creed. In a lovely piece of Hollywood couple wishful thinking, that has you hoping they spend their evenings with joystick in hand, his real-life partner and Oscar snaffling actress, Alicia Vikander, is set to pull on the twin thigh guns and holster in the Tomb Raider reboot.

Having seemingly found the perfect Lara Croft in Angelina Jolie, it was hoped that 2001’s Lara Croft: Tomb Raider would buck the trend of terrible computer game adaptations. But despite healthy a box-office, 2003’s sequel Cradle of Life, and Jolie’s excellent performances, both films were largely forgettable sub-par Indiana Jones nonsense.

Well, now the lovely folks over at HeyUGuys have unearthed a piece of treasure in the form of a basic plot outline for the film. Whilst conducting press for Allied, Producer Graham King revealed that the reboot would focus on a young Lara Croft’s search for her father.

“This is kind of what we call a ‘back to the roots’ story. This is a young Lara Croft in search to see if her father is dead or alive, so it has a very emotional part to it, and I think that’s what Alicia found so interesting about it. I think the storytelling is really good and I think we’ve got the right crew and a great director and I think it’s going to be really fun making a film like this”

Daddy issues are not new to the franchise, a large chunk of the 2001 film focused on Croft’s relationship with her father, played by Jon Voight. The real intrigue here is to see the white-hot Vikander build on her impressive CV under the stewardship of Roar Uthaug, who made the effective Norwegian disaster epic, Wave.