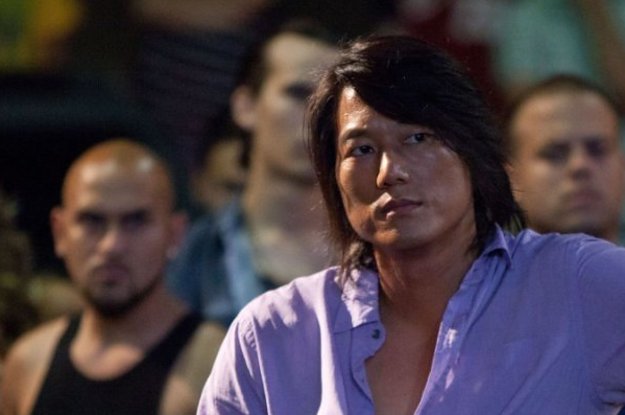 The Fast & the Furious series has managed to make itself into a multi-billion dollar franchise over the years, having earned more than $3.8 billion worldwide since 2001. It may baffle some non-Fast fans exactly why the series has done so well but clearly the combination of cars, badass characters, and the increasing denial of the laws of physics, resonates with audiences, and it looks like the writers are continuing to up their game. Based on The Fate of the Furious previews, we’ve now jumped from a car chase involving a multi-ton safe to out-driving torpedoes on ice (we don’t know where you go from there, but we are looking forward to finding out). But, there is one character that resonated particularly strongly with fans: Han Seoul-Oh, played by Sung Kang.

The Fast and the Furious: Tokyo Drift, though still showcasing much of what made the Fast & Furious film franchise so famous, was a far more intimate story than the other films, and perhaps this is one reason Han is still very much a fan favorite. But, according to the present F&S timeline, Han was killed by Deckard Shaw as a part of his quest for revenge against the crew who injured his younger brother, Owen. So, the idea of Han’s return might seem a bit unrealistic, except one of the series’ writers has suggested it might not be too far-fetched to hope we could see Han again.

SlashFilm recently spoke with Fast and Furious writer Chris Morgan and asked him whether the timeline would ever loop back around to a point where we would see Han reappear. To this, Morgan answered:

“Now, that’s funny because I’ve actually been thinking about that a lot. So it’s interesting that you and I are on the same wavelength there. But I guess we’ll just have to wait and find out. I love Sung – he’s one of my favorite people on the planet.”

Does this mean we might see Sung Kang as Han Seoul-Oh in Fast 9? While Morgan’s words can’t be called a confirmation by any means, it is important to note one of the series’ most prolific writers has been heavily considering the idea. We know that Han had a past before he ever met our favorite gang of car, um, aficionados. So, it is quite feasible that Han’s story could be touched on once again within the franchise. At least, we hope so.

The Fate of the Furious will drive into theaters on later this month.