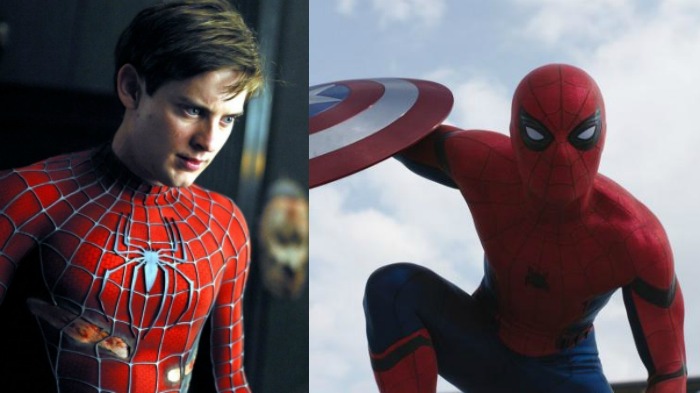 Remember the days when Tobey Maguire was Spider-Man, all the way back in the 2000s? Since then, we’ve had Andrew Garfield’s Peter Parker come and go, and in the past week or so have been introduced to Tom Holland’s newest take on Marvel’s most popular superhero. Despite the distance between himself and the character by now, it turns out Tobey Maguire still keeps an eye on the wallcrawler’s new adventures – and he definitely approves of Tom Holland.

In a post on his Instagram page, the 40 year old actor shared a great fanmade video which sees a crossover of sorts between Maguire’s and Holland’s Spider-Men. In doing so, he praised his successor, calling him “great.” See the post below:

Haha seriously, who made this? @tomholland2013 good job! You are great as Spider-Man. Keep it up!

In case you can’t watch the video, it features Tobey’s Peter Parker (in clips taken from the Sam Raimi trilogy) watching a trailer for Captain America: Civil War – and apparently being compelled to become Spider-Man once again. It’s basically the sort of thing that Spider-fans dream off. Now that we have three cinematic incarnations of the character, the idea of them teaming up would be pretty… amazing.

Maguire isn’t the only one praising Tom Holland’s Spider-Man, though. He might be a relatively minor part of Civil War, but many are of the opinion that the character steals the show. It is fair to say a lot of people can’t wait to see his solo movie, Spider-Man: Homecoming, which is set to come out next year.