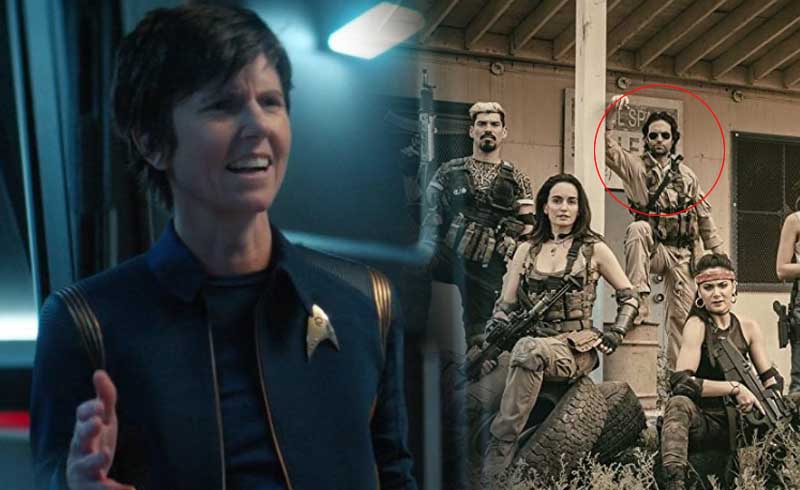 Chris D’Elia was set to star alongside Dave Bautista and Ella Purnell in Zack Snyder’s Army of the Dead, but after the #MeToo movement had cancelled him, Snyder had opted to have D’Elia replaced in his movie. D’Elia’s replacement, comedian Tig Notaro, had to take over the role, shooting everything on a green screen, and she opens up about working on Snyder’s upcoming film.

“It felt a little daunting… but Zack basically just told me it’s a sarcastic, comedic role and said he wanted me to do exactly what I do — which is good because I always tell directors, when they walk up to me to give me direction, ‘Before you say anything, just keep in mind that I have no range.'”

Admittedly Notaro and D’Elia have very different comedic styles, but I’m sure that Notaro will still be able to bring in the laughs. Notaro adds:

“This could have been the drabbest greenscreen experience, yet it was by far one of the most fun experiences I’ve had… Zack Snyder is a genius. The fact that he wrote, produced, and directed this, and was a cinematographer and was the cameraman. Somebody that talented and busy could certainly be a jerk, but he took the time to hang out and talk to everybody and gave every single person the time of day. So I would love for people to know what a stellar human that guy is and the entire crew. It was a blast.”

With her role being completely added on, I’m just hoping that Snyder has found a way to make her inclusion seamless; maybe they could even add a scene with some of the other actors actually interacting with Notaro. If anything, her inclusion is definitely going to be something that everyone will be discussing when the movie comes out.

No release date has been set for Army of the Dead, but the film is set to hit Netflix sometime in 2021.