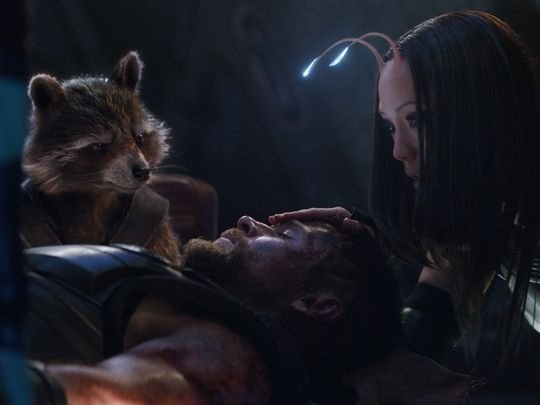 Avengers: Infinity War is still a few months from release, but it didn’t stop a new photo from hitting the web that has everyone talking. The new Infinity War photo was released in USA Today, and although it does not say much, the fandom has, not surprisingly, gone nuts in no time. The image shows Thor being gazed upon caringly by Rocket from Guardians of the Galaxy and Mantis from the same team and Mantis as we know has the power to feel emotions, so she’s most likely trying to do that or wake him up.

This photo fits in with the trailer which showed Thor, somewhere between the events of Thor: Ragnarok and Avengers: Infinity War floating in space until he is rescued by Guardians of the Galaxy. It will be interesting to see how they interact with each other since Guardians has yet to interact with anyone from the Avengers.

Avengers: Infinity War, is scheduled to arrive in theaters on May 4,  and will be the pinnacle of a decade-long filmmaking of MCU.