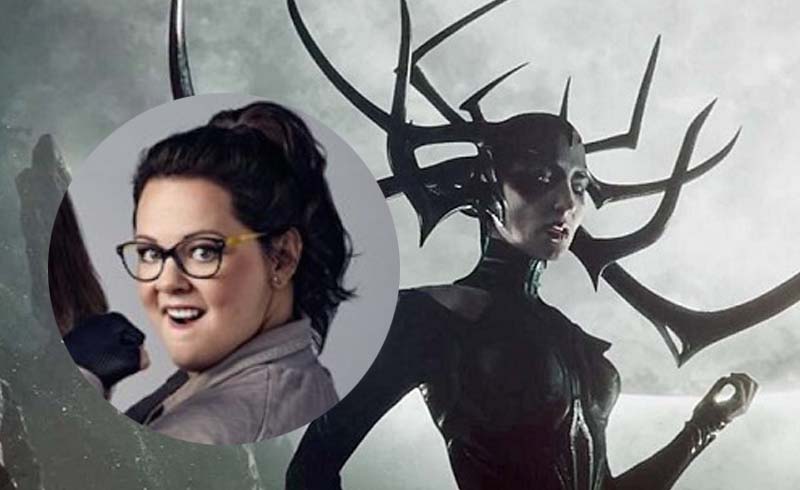 Probably one of the more ridiculous scenes in Thor: Ragnarok was the re-enactment of Thor: The Dark World with a bunch of Asgardians playing the parts of Loki, Odin, and Thor. Since the gag makes use of some meta-humor by casting A-list actors in the parts, it looks like they’re going to be doing the same with the sequel, Thor: Love and Thunder.

Some set photos have come out online via Daily Mail, and they reveal that Melissa McCarthy (Ghosbusters) has been cast in the role of a fake Hela (originally played by Cate Blanchett). You can see her in costume here:

What’s more is, the movie has decided to bring back the Asgardian players from Ragnarok as well, with Matt Damon playing Loki, Sam Neill playing Odin, and third Hemsworth brother Luke playing Thor. I have a feeling there’s more to the play we haven’t seen yet. I think it would be hilarious if they brought in the Grandmaster (Jeff Goldblum) to play himself.

We don’t know when Marvel will give us a first look at the film, but I think it’s a good guess that we should get something before the year ends. With Eternals set to come out in November, I have a guess that a Thor teaser could be in the post-credits.

For now, things are finally underway for the film. Originally, the movie was set to come out in November this year, but COVID-19 had effectively pushed everything back. Now things are getting back into gear, and we should expect no more hiccups moving forward. Good thing Australia had a good handle on the pandemic.