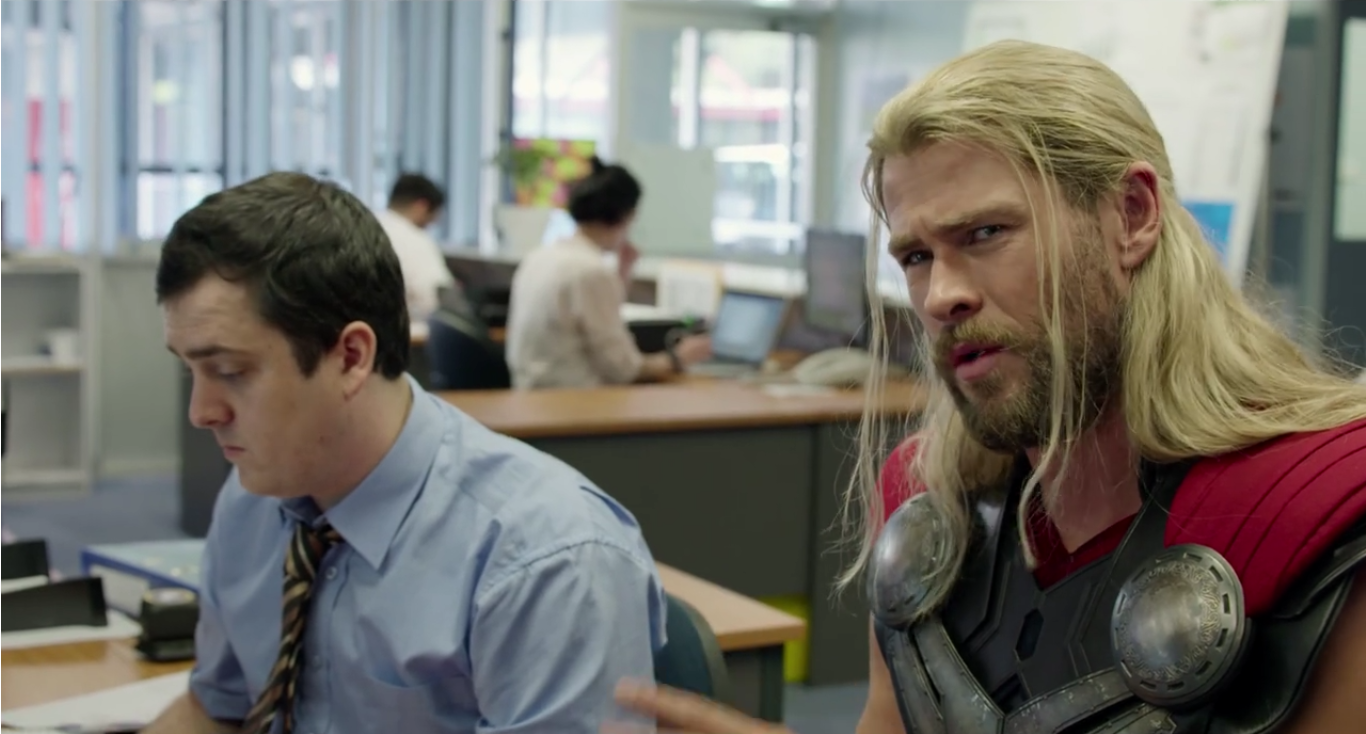 Earlier this year, Captain America: Civil War had the most powerful heroes of the Marvel Cinematic Universe fighting each other. Iron Man, Captain America, Black Panther, Ant-Man, Spider-Man, Vision, The Scarlet Witch, War Machine and more were trying to settle their differences. However, one notable absence from the movie was the God of Thunder, Thor, played by Chris Hemsworth. What was the Son of Odin up to during the Civil War? Well, Marvel Studios has released a short that reveals all.

Filmed in a mockumentary style, Civil War: Team Thor shows that Thor wasn’t in Asgard preparing for Thor: Ragnorok. He was in Australia making friends with a guy named Darryl, trying to send an “electronic letter” to Tony Stark and Steve Rogers, meeting up with Bruce Banner for coffee, and got himself a flat (even his hammer Mjolnir had a bed to itself). He was also trying to solve the most pressing issues of the MCU, such as Nick Fury’s identity and the truth behind the purple man in the floating chair.

The film was shown in Hall H during San Diego Comic-Con to promote Thor: Ragnorok, but Marvel has finally put the short mockumentary up online and you can watch it on their official Facebook page.

The next time you see Thor and Bruce Banner it’ll be during Thor: Ragnorok, set to release November 3, 2017. Captain America: Civil War will be available for digital download on September 2nd and on DVD and Blu-Ray on September 13th.