In recent years, Disney has made great strides to increase diversity in its movies. This has ranged from presenting us with more female leads in Star Wars, a planned all-Chinese cast for their upcoming Mulan remake, tackling LGBT-suppression in Frozen to the race-motivated “War on Drugs” in Zootopia. Disney also has a passionate LGBT fanbase and have been more than willing to support the community. Most notably, almost a year ago, when the states of Georgia and North Carolina were trying to pass a bill that would allow businesses to discriminate based on sexual-orientation, Disney threatened to stop filming their multi-million dollar blockbusters there to contribute to local economies. So it was no surprise when a few days ago Beauty and the Beast director Bill Condon announced that the character of LeFou, played by Josh Gad, would be Disney’s first explicitly gay character.

Anyone with a passing familiarity of Beauty and the Beast should not be surprised, as LeFou’s central characteristic is his adoration for the film’s central antagonist, Gaston. LeFou is even a catalyst for one of the film’s most memorable songs Gaston, where he showers the egotistical character with praise and compliments. But despite this obvious sub-text, there has been backlash to Disney’s recent confirmation of the character’s romantic preference. The Alabama Henagar Drive-In Theatre posted on their official Facebook page that they would be refusing to screen the movie:

“As of December 16th the Henagar Drive-In is under new ownership. Movies scheduled prior to that date and four weeks after this date were not scheduled by the new owners. That being said…It is with great sorrow that I have to tell our customers that we will not be showing Beauty and the Beast at the Henagar Drive-In when it comes out. When companies continually force their views on us we need to take a stand. We all make choices and I am making mine. For those that do not know Beauty and the Beast is “premiering” their first homosexual character.

“The producer also says at the end of the movie “there will be a surprise for same-sex couples.” If we can not take our 11 year old grand daughter and 8 year old grandson to see a movie we have no business watching it. If I can’t sit through a movie with God or Jesus sitting by me then we have no business showing it. I know there will be some that do not agree with this decision. That’s fine. We are first and foremost Christians. We will not compromise on what the Bible teaches. We will continue to show family oriented films so you can feel free to come watch wholesome movies without worrying about sex, nudity, homosexuality and foul language. Thank you for your support!”

One theatre dropping Beauty and the Beast will ultimately not hurt Disney’s bottom-line. However, it does make you wonder whether or not the Henagar Drive-In screened Frozen which had an LGBT couple. The film also had many fans theorising on Elsa being a lesbian. Additionally, there was a LGBT couple in Disney/Pixar’s Finding Dory and anyone who thought that LeFou was straight in the original Beauty and the Beast may need to re-watch the 1991 “Best Picture” nominated original movie. 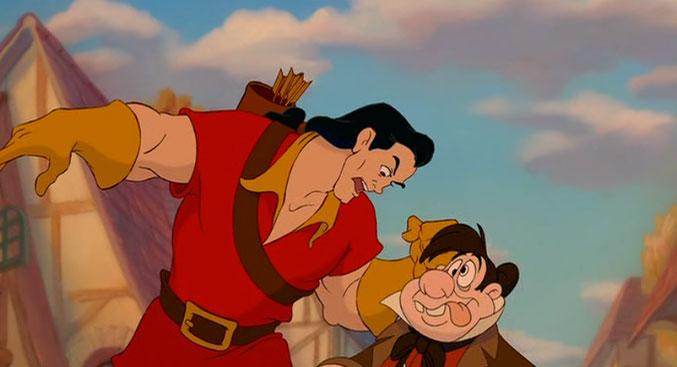