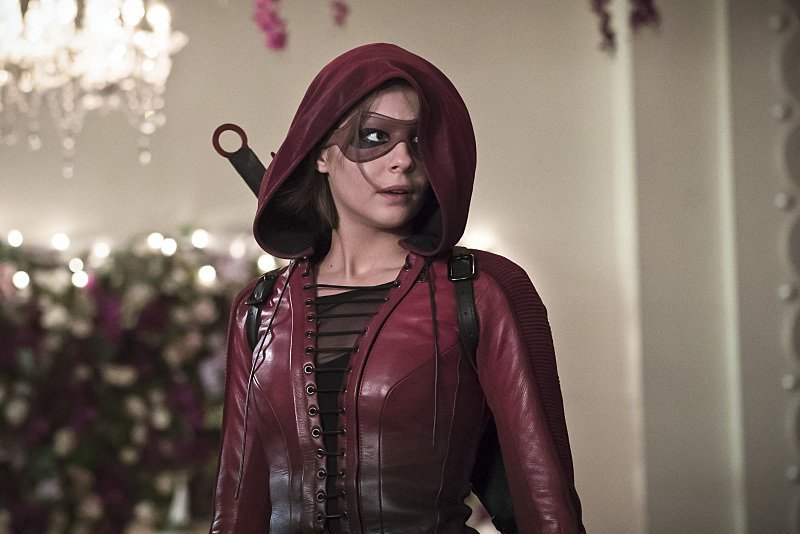 When Arrow’s fourth season came to a close, Thea was having a rough go of it. Throughout the series we’ve seen the character question her place in the world. For a time, it appeared as if her adopting the Speedy mantle was working to alleviate those concerns. However, the Season 4 finale saw Thea struggling with whether or not suiting up was best for her. According to executive producer Marc Guggenheim, this next run may show her heading in the right direction.

Guggenheim told Entertainment Weekly the character will have new responsibilities outside of her late night escapades.

“What we’ve done is we made her Oliver’s chief of staff. Perhaps, to her own surprise, she’s actually really, really good at it. All the skills that she learned by watching her mother for all those years, as well as running Verdant, she’s found very transferrable to City Hall, and in many ways, she’s a much better chief of staff than Oliver is a mayor.”

It sounds like Thea will be taking point in many of Oliver’s Mayoral duties. They make a fine team in battle, it’ll be interesting to see how they get along in politics. With Star City still holding out for hope after all it’s been through, strong leadership is imperative. If Oliver isn’t able to fully deliver on that front, it’s good to know he’ll have sufficient back up.

“Newly appointed Mayor Oliver Queen finds himself challenged as he fights on two fronts for the future of Star City. With Diggle back in the military and Thea adamant about hanging up her hood as Speedy, Team Green Arrow is down to just Oliver and Felicity – but they’re no longer the only vigilantes in town. Green Arrow’s public defeat of Damien Darhk at the end of Season Four has inspired a new crop of masked heroes to step up and defend the city, though their painful inexperience makes them obstacles, rather than allies, in the field. The arrival of a deadly new adversary will force Oliver to confront questions about his own legacy, both as mayor and as the Green Arrow.”