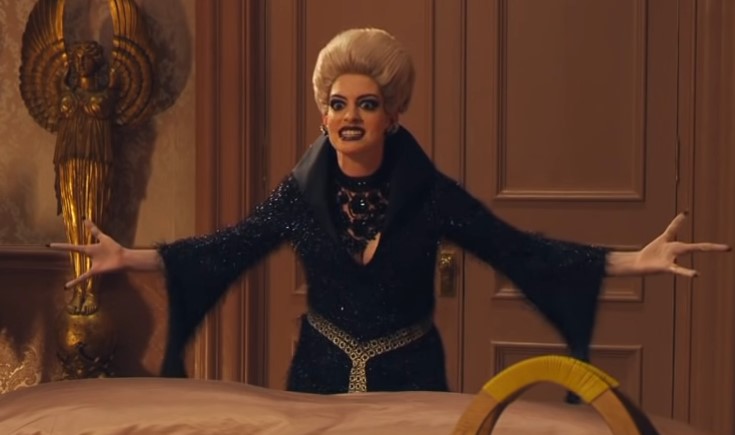 Robert Zemeckis’ reboot for The Witches came out on HBO Max last month, and while the movie was panned by critics, another source of backlash is coming from the disability community.

As it turns out, disability advocates are not too thrilled that Anne Hathaway’s character the Grand High Witch has three fingers on each hand—and it awfully looks a lot like a real limb abnormality called extrodactyly or “split hand.” Here’s what some people are saying online:

@WarnerBrosUK was there much thought given as to how this representation of limb differences would effect the limb difference community?! @ReachCharity @RoaldFull pic.twitter.com/kiTEAuYt7i

In the book by Roald Dahl, the witches are said to have ‘claws instead of fingernails’ but the characters in the illustrations are still depicted with five fingers. Though there has been criticism on the appearance of the witch’s hands, I think it’s safe to say that these offenses were unintentional and that they could be very easily overlooked.

WB has already come out to express their regret that the film had offended the disability community. Their statement to Deadline reads:

“In adapting the original story, we worked with designers and artists to come up with a new interpretation of the cat-like claws that are described in the book… It was never the intention for viewers to feel that the fantastical, non-human creatures were meant to represent them.”

If anything, I can see the point of the disability advocates, but I am throwing a bone to the people who came up with Hathway’s look as well. If you ask me, the whole thing could have been avoided if they changed the color of the witch’s hands or maybe have it scales and feathers to make it look a lot less human.

For now, you can catch Robert Zemeckis’ The Witches on HBO Max.