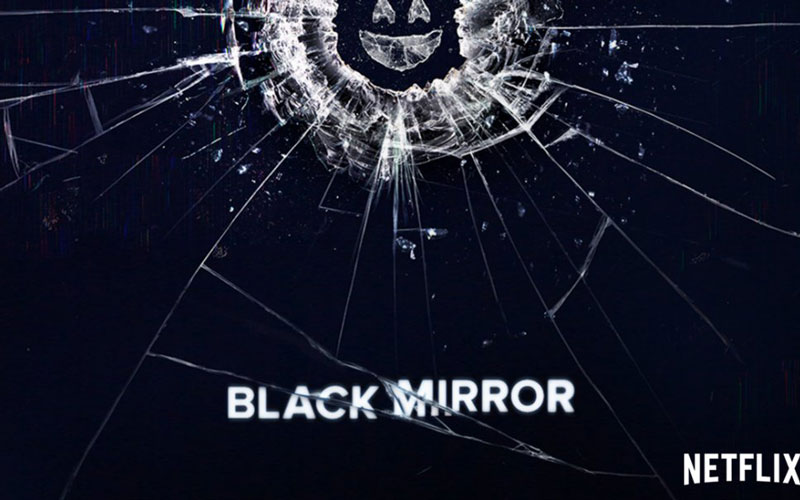 If you think modern technology is turning people into isolated nonsensical idiots, wait until you see these top ten episodes of the Netflix series, Black Mirror. This show tackles a dire subject that is relevant to the current advancement of new media and technology and how it has evolved throughout the years. The fast-paced progress could be suggesting the future of all human beings and how it will affect the society.

In this series, the world crumbles as it seems like humans are being subjected by their creations; technology has turned everything from a mobile base world into a virtual reality lifestyle and things that we can only imagine in a dystopian society.

The series provide us some insight on how we can moderate our consumption of the modern technology including the use of apps, social media, and search engines on our daily basis. So without further ado, here are the top ten highlight episodes of the Black Mirror series, not to mention the spoilers coming your way.

This episode features two detectives working to solve multiple murder cases related to social media. This episode shows how Social Media violence could get very serious in the future. We all know that haters can flood our social media posts and it can almost instantly initiate fights and arguments that involve harsh words and could even lead to blackmailing, this is more serious and more common with social media fan-bases which compare different icons or personalities which leads to more personal arguments. This episode says it all about the internet’s greatest battlefield as the crime turns into a reality.

Ever been inspired by an animated character, especially the ones who have a great sense of humor? This episode features a bear cartoon character that makes insensitive jokes about people and specific events including political figures. As the story progresses, Waldo ran for the election, and people found it quite funny but turns out, even the funniest things can get the best out of people’s mind. The man who voices Waldo then decided to speak up and told people not to vote for him because he was worried about winning the election as a fictional character which will be absurd, but there are those people who would gladly take the role and all the benefit that they can get from Waldo. Some even compare Waldo with the US president; Donald Trump who won the election despite not having any political background.

Imagine yourself in a virtual reality world where you must pay for your existence while unconsciously living in a stationary bike. This show includes one of the worst things you could get from any kinds of media; Advertisements, well you don’t have to live in a virtual world to experience annoying commercial, just turn your TV on, and there you have it. Although in this virtual world, people must pay their time by doing different tasks it’s just impossible to live it up because of the ads. The only ones who can skip the ads are those who are in the higher class or those who can pay a very expensive cost. Although there is another way to earn the virtual price which is by joining a virtual reality contest (which is a lot like American Idol), in here, the contestants must impress the upper-class by doing certain things which could either be good or humiliating. But of course, everything goes wrong eventually, and the major character finds himself rebelling against it, but to no avail because everything is not real.

This episode is a holiday special of the series; there are three separate episodes with different plot twists each which are linked together until the final revelation was made at the last part. The most interesting part in this episode is the ability to block people in real life, although I would say that let’s just keep the blocking thing in social media, it’s way creepier seeing a blurry white figure of a person after you just blocked him in your life.

6. Shut Up and Dance

In this episode, a teenage boy found himself being blackmailed by an internet troll who asked him to do certain tasks or he will be humiliated in public by releasing a video of him doing sexual practice in front of his webcam. Well, you don’t have to wait for this to happen because it is already a major issue nowadays, predators who take advantage of young people, exploiting them publicly for the sake of their satisfaction. This will surely remind everyone, especially children, to never trust any stranger especially the people you just met on the internet.

Who wouldn’t want to spend more time with their loved ones, especially those who are already gone? In this episode, a woman who lost her live-in boyfriend finds herself talking to an “alternative,” because of her grief, her friend recommended her to try an online app where you can talk to your deceased loved ones, and even bring them back to life. But it turns out; imitations are not the same as reality. You can fake people, their appearance, and their voice, but you can never copy their emotions and feelings, the character has to learn that the hard way and found herself tormented by the presence of her dead boyfriend.

In this episode, a member of the royal family has been kidnapped, but the ransom isn’t just money, but also public humiliation out of the Prime Minister and that is by having sex with a live a pig. The public responded quickly saying that he should do it practically for the princess’s safety because the kidnappers threatened to execute her if he doesn’t follow. The Prime Minister then makes one of the hardest decisions he will ever make in his entire life.

Much like Twitter and Instagram followers and YouTube subscribers, people could get very obsessed with their social media popularity. In fact, they find more time trying to figure out how they can increase their followers instead of how they can make actual friends in real life. In this episode, social class is no longer defined by wealth and earnings; it is now standardized by a person’s social media popularity. Those who have high followers are considered as the elites and those who don’t; well let’s just say that they are like the high school losers. But in reality, it’s also becoming such a serious matter which brings to a lot deeper discussions.

2. The Entire History of You

Have you ever wished to go back to a particular point in your life and just start reliving your past? Be careful what you wish for because things might turn into a disaster once you do. In this episode, a particular device is installed to the character to document his whole life so that he can always watch what happened in the past. However, the man in this episode suspected that his wife was cheating on her after he revisited some of their past gatherings with their friends. This suspicion turns into an obsession which then revealed something he wasn’t ready to know.

This episode was the top pick because of its heart-warming story. In this episode, a virtual reality place called San Junipero brings people back to the 80’s. At some point, two people met at the wrong time and maybe a little too late. In this episode, two women met and instantly fall in love with one another, but there is a bit of a shock in this episode as these women are no longer living in the 80’s.  You could only guess what is coming your way ’cause we spoiled some of the best parts for you.