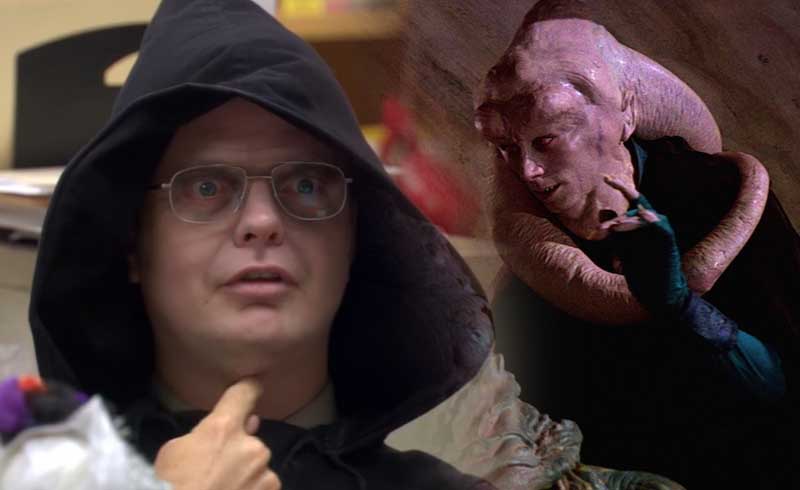 Dwight may have dressed up as a Sith Lord in The Office, but actor Rainn Wilson has a specific character that he wants to play in a galaxy far far away. He just tagged Star Wars legend Mark Hamill in this tweet:

Solo: A Star Wars Story ended with a tease for Jabba the Hutt. It would make perfect sense that Bib Fortuna would be in that movie. After all, we know that he was already serving Jabba since The Phantom Menace.

Mark Hamill already shows support for the request, but I don’t think he’s in a position to have anyone cast in any movie. Besides, I think Wilson would actually be more fitting if he played bounty hunter Dengar. With the Boba Fett movie officially announced, it wouldn’t be too farfetched to have him appear.

For now, we still don’t have a release date for the Boba Fett movie, but a lot of people are thinking that it will be a sort of loose sequel for Solo: A Star Wars Story. Personally, I would love to see more of Alden Ehrenreich’s Han Solo. He really made the character his own, and I’m up for seeing his Han get into more adventures with Chewbacca down the line.