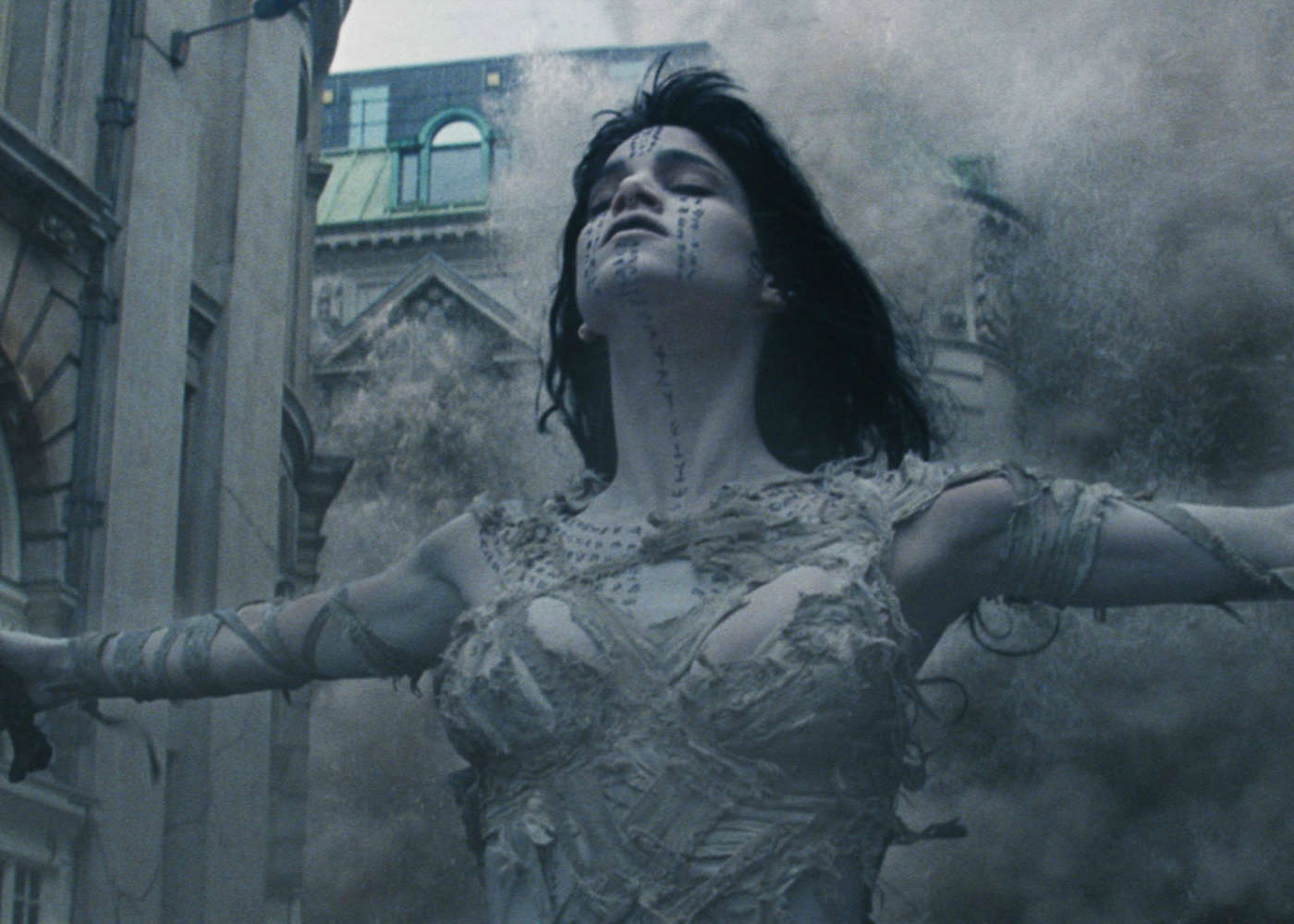 There comes a moment during this messy Dark Universe birth movie when it stops becoming an enjoyable monster mash wrapped in action cliche bandages, and simply becomes filmmaking by committee, in which the shared universe building blocks are dumped on-screen with film destroying thuds, that to the money men must have manifested as dollar signs, but to those of us wanting something better than a Brendan Fraserverse reboot, or a decent homage to the monochrome classics upon which Universal built their empire, The Mummy quickly unravels, to leave a cynical stench hanging in the air.

When a couple of morally corrupt tomb raiders (Tom Cruise and Jurassic World‘s Jake Johnson) uncover an ancient burial chamber, along with Annabelle Wallis’s archaeologist, they summon an evil upon the world that has laid dormant in an eternal prison for thousands of years in the form of cursed princess Ahmanet (Sofia Boutella – Star Trek: Beyond). Returning to claim what she believes is her right to dominion over the world, Ahmanet manipulates her human counterparts in order to travel to London and set in motion a series of destructive events which unearth a cinematic universe worth of buried secrets.

There’s much to enjoy from the initial cracking open of The Mummy. Tom Cruise is in full on charming action doofus mode, so much so that at times it feels like he’s dusted off a mid-90s script, even if that means dodgy gender based laughs too. His bickering with Wallis has an air of Temple of Doom about it, as does the way the action unfolds like a computer game, with screwball scramble style action intercut with exposition-over-exposition-over exposition heavy cut-scenes.

You’ve seen the plane crash in the trailer, so the best bit has been spoiled, but there’s still a decent ambulance-centric action scene in the woods, which incorporates some decent laughs, and an army of mummies who looked like they failed an audition for The Walking Dead. Much more successful in the ickiness stakes is the only truly horrifying scene, during which Sofia Boutella, so good in a physically impressive role, is born from her mummified state and sets about sucking the life out of anyone she can lay her decrepit lips on. It’s the one time that the film is creepy, which should really have been a prerequisite from start to finish.

The aforementioned moment upon which the success of The Mummy hinges, is when Russell Crowe’s Dr. Jekyll is introduced, along with his S.H.I.E.L.D. like headquarters, full of seed planting Easter eggs of vampire skulls, swamp-thing  hands, and his own infamous alter-ego. This is where Alex Kurtzman’s film stops becoming just that, a film, and instead spends the rest of the run-time setting up an assumptive world which they hope will rival other cinematic universes. Look how many franchise non-starters we’ve had in the last few years; it even took DC four films to realise you can’t run before you can walk, and The Mummy is caught up in its own bandages attempting to sprint at full speed.>

After a great first half hour, The Mummy issues arise when the writers begin their world creation, which ironically pushes the self-destruct button on the embryonic stages of the Dark Universe. There’s a good summer blockbuster in here somewhere, it’s just a shame that they abandoned it in favour of laying the groundwork for future instalments that people might not be in a hurry to see after this.