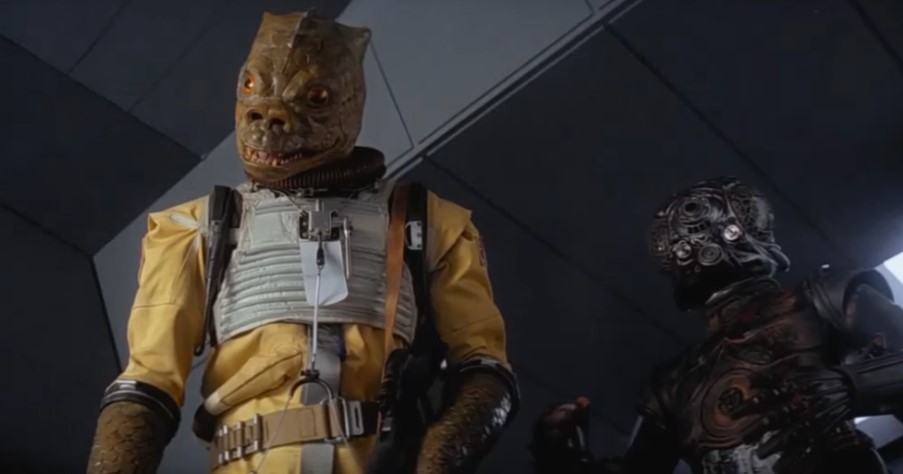 With IG-11 appearing in The Mandalorian, a lot of people are wondering if we’re going to see some other classic bounty hunters in the series. Though Bossk hasn’t been confirmed for the film, we know that his species, the  Trandoshans, will be present thanks to this new image from Entertainment Weekly:

Some fans have actually noticed that the Trandoshans in the photo actually look very different from Bossk who has more of a snout; the guys here actually have more flat, human faces. If you’ve watched The Clone Wars though, you’ll know that the species is actually very versatile, much like the Twi’leks and Niktos in the universe.

For now, there’s a lot of pressure on The Mandalorian to deliver. Not only will it be a major hook for Star Wars fans to subscribe to Disney+, but it will also be setting the bar for other upcoming Star Wars series like the one centered on Cassian Andor as well as the one focused on Obi-Wan Kenobi.

Personally, I would have preferred that Lucasfilm stuck to the anthology movie route, since I always thought that Star Wars was all about theatric spectacle. Then again, I could be judging the series too harshly. I guess we’ll just have to see how The Mandalorian turns out before we make any judgements on the future of Star Wars.

Catch The Mandalorian on Disney+ when the streaming service launches this coming Nov. 12.