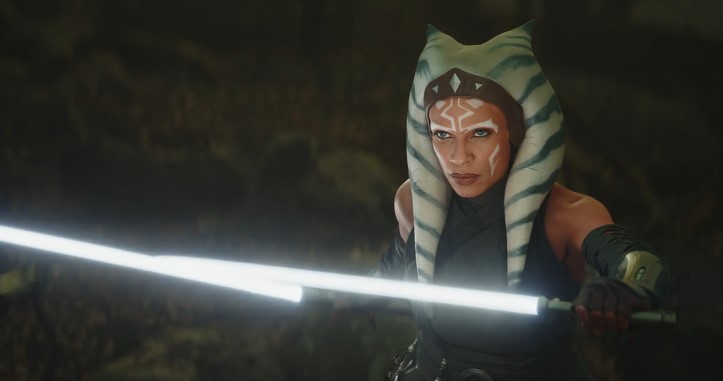 A lot of people loved Rosario Dawson’s debut as the live-action Ahsoka Tano in The Mandalorian, but there were some changes when it came to her live-action look compared to her animated appearance. Fans have noticed that Ahsoka’s montrals (or ‘horns’) are significantly shorter than the ones we saw in Star Wars Rebels, and this change was apparently done for the sake of the performer.

When Lucasfilm character concept designer Brian Matyas was asked if this was for the sake of practicality, he answered:

Yea pretty much that was the chief concern. From animation to live action I did a ton of design exploration for her and their appropriate size for the actor with consideration for stunts and movement. I'm sure I'll get to discuss at greater length in the near future!

Seeing that Ahsoka is supposed to be very active and spry onscreen, they would need a lot of mobility available for the actor and huge tentacles probably won’t allow that. At this point, it would make sense for Lucasfilm to put practicality over accuracy.

Personally, I thought that Dawson really looked the part, but the montrals really needed some improvement. The way they were so stiff made it obvious that it was just a headdress and not something that was actually part of her head. I think it would have been best if they just enhanced the look with CG or used a different material that would ‘flop around’ better.

Then again, that’s just my opinion.

For now, it looks like Ahsoka’s appearance in The Mandalorian is already over, but fans are still hoping that she makes a comeback, hopefully this time with more info on another returning villain—Grand Admiral Thrawn.