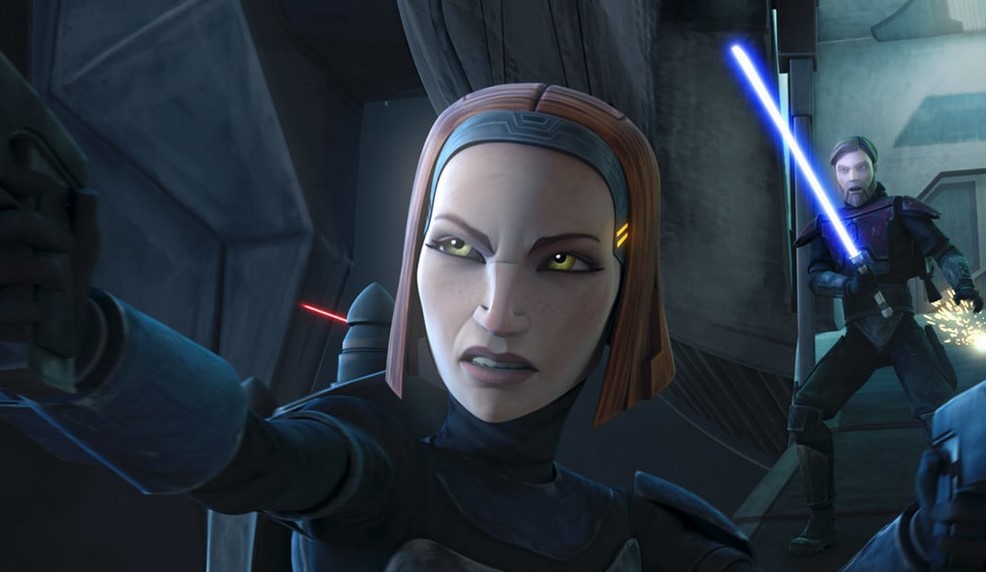 While Katee Sackhoff is best known for playing Starbuck in Battlestar Galactica, she’s actually been part of the Star Wars family for a while, voicing Mandalorian warrior Bo-Katan. What’s interesting is, Lucasfilm is going to have Sackhoff play the live-action part of the Clone Wars hero as well.

As per /Film, Sackhoff is going to play the part of Bo-Katan in the second season of The Mandalorian. We don’t have any details as to how large her role will be, but it’s possible that she would be appearing alongside Ahsoka and Sabine Wren. Then again, it could be part of some flashback, seeing as the darksaber was with Bo-Katan and the Mandalorians before it landed in the hands of Moff Gideon.

If anything, Sackhoff will be the first actor to make the transition of voicing a character to playing her in live-action. While a lot of people also wanted Ashley Eckstein to be the live-action Ahsoka, she just doesn’t have the same look as Rosario Dawson does. As for Sackhoff, she’s pretty much the right age to play Bo-Katan, and I’m sure Lucasfilm wants to bank in on her fandom from her Battlestar Galactica days.

While every other film is being delayed for months to a year, it looks like The Mandalorian will be coming out on time on Disney+. Sackhoff was said to have been able to shoot her scenes back in February, so for now I guess it’s safe to say that he appearance in the second season has been locked down.

Catch The Mandalorian 2 when it hits Disney+ this October.